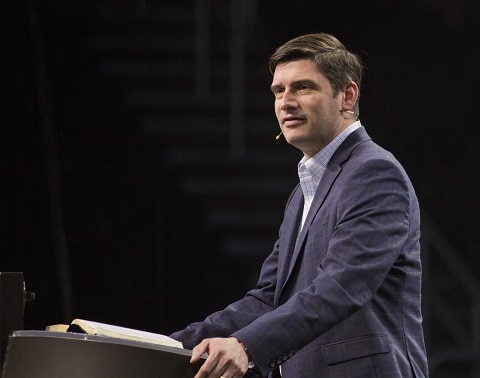 William Franklin Graham IV (Will) is the third generation of Grahams to proclaim the Gospel of Jesus Christ under the banner of the Billy Graham Evangelistic Association (BGEA). Will is the grandson of Billy Graham and the oldest son of Franklin Graham.

The first of Will’s crusade-style events – called Celebrations – took place in 2006 in Leduc, Alberta, Canada. His first Celebration on United States soil came later that year in Gastonia, N.C. Since then, he has held evangelistic outreaches on six continents around the world.

“I’m not trying to be the next Billy Graham; I’m just Will Graham,” says the ordained minister. “I have a burden in my heart to preach the Gospel of Jesus Christ. If that’s to an arena full of people or one person on the street, I will do whatever God is calling me to do.”

In 2012 Will was named vice president of the BGEA, overseeing Children and Youth Evangelism Training, which includes Dare to Be a Daniel (a youth evangelism course targeted at “tweens,” ages 9-14) and The Greatest Journey (a children’s discipleship curriculum); and the BGEA’s new Distance Learning Program, which uses the internet to teach people how to share their faith.

Will also serves BGEA by overseeing operations and programming for the Billy Graham Training Center at The Cove in Asheville, N.C. The Cove offers multi-day seminars on a variety of Christian subjects and features nationally-recognized speakers.

Will graduated from Liberty University in 1997 with a Bachelor of Science degree in Religion and in 2001 graduated from Southeastern Baptist Theological Seminary with a Master of Divinity degree.

Will and his wife, Kendra, have two daughters, Christine Jane (CJ) and Rachel Austin, and a son, William Franklin Graham V (Quinn).