The life mission of the late Billy Graham was honored Friday in Charlotte, North Carolina, at the headquarters of the ministry he formed in 1950.

“There is an intimate relationship between art and religion,” Yuan Xikun said. “Both of them have many things in common.”

Billy Graham as Messenger of Hope and Billy Graham as Sower were gifts from the Yiyuan Society. Franklin Graham, president of the BGEA, accepted the statues on behalf of the ministry.

>> Watch a short clip of the unveiling ceremony:

“We’re so grateful to Master Yuan for doing this, for taking time. These are beautiful,” Franklin Graham said.

Referencing Billy Graham as Sower, Franklin Graham said: “What I love about this statue is it’s portraying my father as a sower, sowing the Gospel seed,” referring to Jesus’s parable in Luke 8. “He preached the Gospel and would give an invitation for people to put their faith and trust in Jesus Christ.”

The sower statue also represents Billy Graham’s family background of dairy farming, his lifelong pursuit of God and a legacy of global evangelism through the BGEA.

Billy Graham and his team regularly used technology to share the Good News to countless people. During his nearly eight decades of ministry, he reached an audience that is estimated in the billions.

The bust, Messenger of Hope, reflects Billy Graham’s direct, yet compassionate style of evangelism. God used his simple approach and clear message to share the message with more people face-to-face than anyone else in history: over 215 million individuals in 185 countries. Of those, millions responded to the Gospel message by repenting of their sins and asking Christ to be their Lord and Savior.

Xikun donated the statues to honor the evangelist’s life, global influence and his connection to China.

Yuan Xikun is a leading Chinese painter and sculptor and has been internationally recognized for his sculptures. Known as a “Portrait Diplomat,” the artist has been invited to draw ink-and-wash—a traditional Chinese art style—portraits for 152 foreign dignitaries.

The Billy Graham statues are the final two sculptures Xikun plans to produce.

Franklin Graham said he accepted the gifts to honor the message his father preached—the Gospel of Christ.

“I cannot take credit for whatever God has chosen to accomplish through us and our ministry; only God deserves the glory, and we can never thank Him enough for the great things He has done.” —Billy Graham from his book Just As I Am.

You can have peace with God and a heavenly home.
Start here. 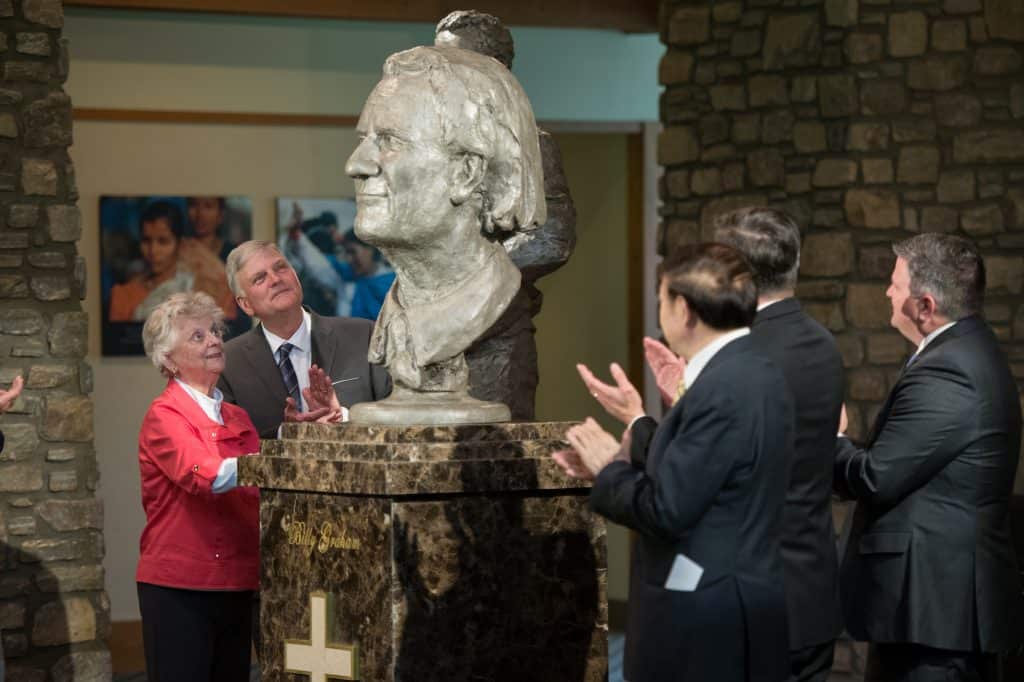