Q: Which two hymns were sung during the first Billy Graham Christmas Special in 1952?

A: O Little Town of Bethlehem and My Jesus, I Love Thee.

In 1952, two years after the Billy Graham Evangelistic Association (BGEA) was founded, the team decided to produce a television special for Christmas.

Cliff Barrows, Billy Graham’s longtime song leader, hosted the 15-minute black & white TV program. It featured a brief but passionate Gospel message from Mr. Graham, who was in his early 30s at the time. George Beverly Shea sang a medley of O Little Town of Bethlehem and My Jesus, I Love Thee.

The inaugural Christmas special also showed the young evangelistic team decorating a tall Christmas tree. Mr. Barrows later told the story of how he lost his balance on the ladder while attempting to put the star on top. Ornaments flew everywhere, and a lot of laughter ensued, but they managed to get the tree back in shape before the final taping. 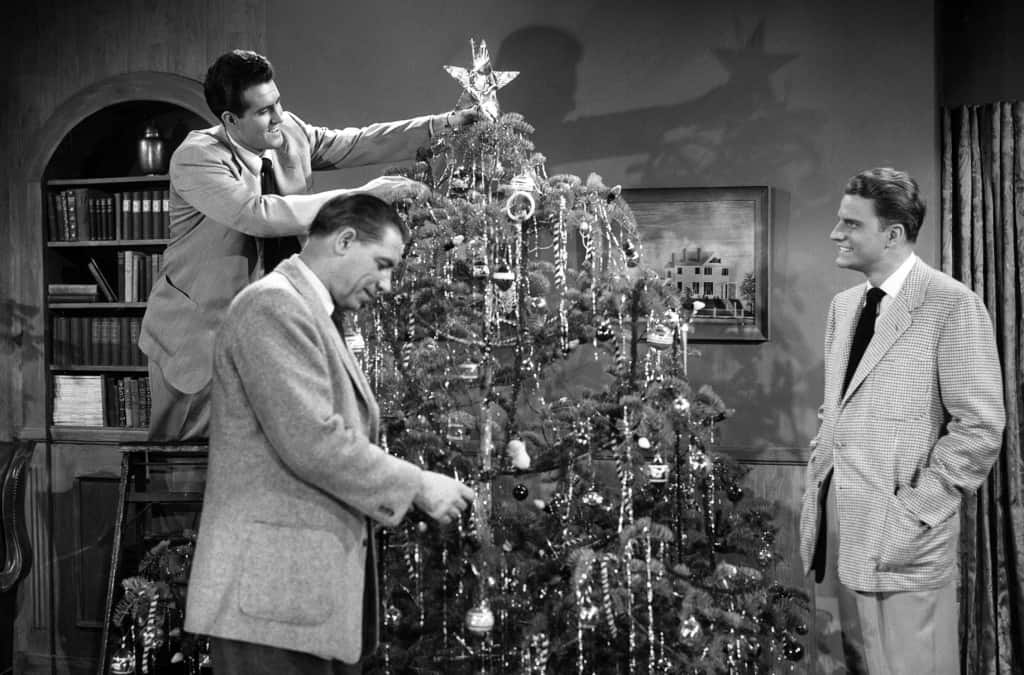