Os Guinness (D. Phil, Oxford) has addressed audiences worldwide from the British House of Commons to the Canadian Parliament and U.S. Congress. He has been a guest scholar at the Woodrow Wilson Center for International Studies and a visiting fellow at the Brookings Institution. He is a senior fellow at the Oxford Centre for Christian Apologetics, which equips students to face today’s challenges to Christian thought. With his vast experience in the most respected spheres of academia, he recently told Decision about the challenges Christians face in university settings today.

Q: How is the Christian faith regarded in universities today, and how does this compare with the past?

A: Western societies, both in Europe and the U.S., are in an “ABC moment” (Anything but Christianity). They are turning against the Jewish and Christian faiths that have made them what they are, and attempting to replace them with varieties of post-Christian secularism and other philosophies. Needless to say, the universities, which are some of the most powerful institutions in the modern world, grew out of directly Christian origins, so this is a fateful problem both for Christians and for the West at large. At best, the Christian faith is now regarded as purely private and irrelevant to academic thought. At worst, Christians are dismissed as “faith-heads,” with beliefs that are untrue, irrational, reactionary, bigoted and on the wrong side of history. 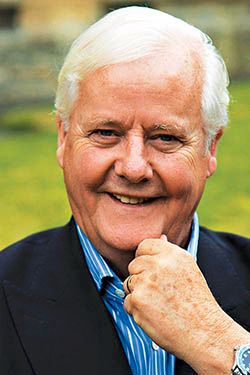 Os Guinness is a senior fellow at the Oxford University Centre for Christian Apologetics.

Q: How would you say the university environment compares to general society in this regard?

A: General society is still much more congenial than universities toward Christian faith, but even this is changing. For example, take the rise of the “religious nones” (the old “nominal Christians” who no longer find it fashionable to identify with the church) and the increasing practice of corporations putting their weight behind progressive causes in boycotts and the like. The U.S. is increasingly post-Christian, but thank God, it is not yet non-Christian. God is sovereign, and the game is far from over.

Q: What are the main challenges Christians face on university campuses today?

A: The principal challenge to the Christian faith stems from the intellectual dismissal of the faith as untrue and false—a charge made by both modernist and post-modernist philosophies. From this charge stem myriad attacks, accusing our faith of prejudices, abuses and forms of bigotry ranging from racism to “patriarchalism” to “sexism” and “homophobia.” In turn, a range of campus policies are aimed at limiting Christian “damage” and “liberating” the various minorities that Christians have allegedly oppressed over the centuries.

Needless to say, the overall charge is quite wrong, and in most cases the reverse is true. The Jewish and Christian faiths are the source of such key convictions as human dignity, freedom and equality. Our present “cut-flower civilization” simply cannot last. And the West is already beginning to reap the consequences of its folly.

Q: What examples stand out to you of hostility toward Christians in university settings?

A: I am sure we have all read or heard of such examples, but the challenge lies in how we respond. Too many Christians in the U.S. are reacting in ways that are sub-Christian and only make the problem worse. Some, for instance, are playing the victim card, but the trouble is that those who portray themselves as victims soon perceive themselves as victims and become paralyzed. Christians of all people should be broad-shouldered. After all, our Lord told us to shoulder our crosses and follow Him.

Other Christians have responded by answering attacks in kind. They forget that when the Lord’s work is carried out in the world’s way, it dishonors the name of the Lord and sets back the cause of Christ. We must remember that Jesus called us as His followers to love our enemies. Christian stereotyping and demonizing of our very real opponents dishonors our Lord and is a black eye for the church. Our responses to the attacks made on us are far more important than the attacks themselves.

Let me add one comment that goes beyond your question and touches the younger generation at large. One of the greatest scandals of Evangelical churches and ministries in our times is the widespread abandonment of evangelism and the shift to the no less important but far more currently accepted task of social justice. The very dichotomy is wrong. The choice is not either/or, but both/and, and which/when. Nothing less is worthy of Jesus and the fullness of His kingdom and its Good News.

Q: How should Christian students prepare for the university environment?

A: Families and churches should be preparing children to face the wider world from the day they are born, so it is a little late if it is left to the last months of a senior year at high school. But it is never too late to begin! Those going to college should be introduced to a direct personal knowledge and experience of God. In other words, they should know the One they trust, know what they believe, know why they believe what they believe, and have something of a grasp of the intellectual challenges and dismissals they are likely to face (such as the challenge of relativism) from the professors who will teach them.

But no one need feel overwhelmed. None of us, and certainly not the average professor, has all the answers, and students can go to excellent sources and find solid answers to the challenges they are facing.

Q: Your forthcoming book, due out this summer, talks about courage and the ability to say no to all that contradicts the call of Jesus. What are some of the key things you hope Christians will do in order to be able to live with this kind of courage?

A: Christians in the West have been comfortable for too long, and we have grown complacent. There is a cost to discipleship again, and that is the good side to the clarifying moment in which we are living. But we must keep things in perspective. On the whole, what we face in the West is only mild discrimination, not the open and sometimes brutal persecution that Christians are facing elsewhere, such as under ISIS in the Middle East.

The single greatest challenge to the church in our day is faithfulness, which includes living with integrity and effectiveness in the face of the pressures of the modern world. The “amiable accommodationism” of much Evangelicalism is simply too feeble to make a stand, and there are many strands of “emergent Evangelicals” that have already caved in weakly.

To be frank, American Evangelicalism has lost its way. Much of the Evangelical movement is in the process of melting down and following the disastrous trajectory of mainline Protestant liberalism, which has betrayed the Gospel ignominiously over the last 200 years. We stand on the verge of the 500th anniversary of the Reformation in October 2017, and it is time to see that we need reformation and revival all over again. Our brothers and sisters in Africa, Latin America and Asia put us to shame with the boldness, the courage and the supernatural power of their faith. Let us seek to be worthy of them, and “let God be God” once again—and the universities are a great place to start.
©2016 BGEA