July 2015 update: Monique Lépine was featured in the My Hope video L’ÉTERNITÉ. Watch the video in French, or with English subtitles.

While there’s life, there is hope.

“How blessed is he whose transgression is forgiven,
Whose sin is covered!
How blessed is the man to whom the Lord does not impute iniquity,
And in whose spirit there is no deceit! …
But I acknowledged my sin to You,
And my iniquity I did not hide;
I said, ‘I will confess my transgressions to the Lord,’
And You forgave the guilt of my sin” (Psalm 32:1-2, 5, NASB).

Monique Lépine wrote these lines from Psalm 32, which meant a great deal to her, in memorial cards she sent to those who had expressed condolences on the death of her son, Marc.

Then she wrote these words: “In this time of tribulation, the Lord is faithful to His Word. He is my support and my comforter, and I know He will keep me all the days of my life.”

Marc died on Wednesday, Dec. 6, 1989. Monique, a registered nurse who consulted for an association of long-term care centers in Québec, had stopped at home for supper before heading to a prayer meeting that night. As she turned on the television, the newscast was showing frantic paramedics, panic-stricken police and distraught reporters. There had been a shooting—the first ever at a Canadian university—at Montréal’s École Polytechnique. Moved to compassion for the gunman’s mother, Monique asked for prayer for her at that evening’s meeting.

Unaware that Marc had been at the university on Dec. 6, Monique led an off-site nursing conference the next morning. She didn’t find out he had been on campus until she entered her office building that evening to make photocopies. The lobby was buzzing with people, and the CEO brusquely sent her to her office, where she checked her voice mail. Her older brother had left a cryptic message asking her to call him, so she immediately phoned him back.

In her book, “Aftermath,” Monique writes: “Before I had time to speak, he uttered those dreadful words: ‘Monique, people are saying that Marc is the Polytechnique killer!’ I sat there, stunned, scarcely able to breathe, let alone speak. Before I had time to collect myself, the CEO stepped into my office and stood there, staring at me. His awkward manner and accusing gaze alone were enough to confirm what my brother had just told me. I was trembling; I felt as though the walls were closing in on me.”

Monique attempted to stand, but her legs gave out under the weight of grief. The full force of despair hit her as she realized her son was responsible for killing 14 young women and injuring 13 more, before committing suicide.

It has been 21 years since that event, and Monique has only recently come to terms with her grief and guilt. After Marc died, feelings of guilt overwhelmed her. “I asked myself over and over: Had I raised him properly, had I given him enough love and encouragement? It felt as though I had done everything wrong,” she wrote in “Aftermath.” She was aware that her son, who had been gentle and quiet as a child, had grown into a lonely young man. Marc had had a string of disappointments, including being turned down from the university’s engineering program—reports say he thought the program favored women. Still, his mom never imagined Marc would commit such horrific acts. 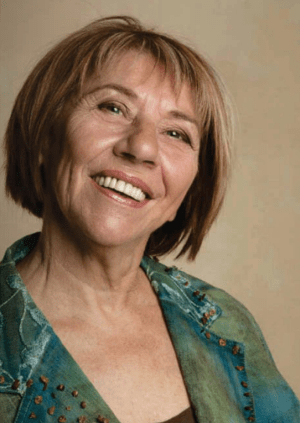 Monique hid her grief for 17 years, living in isolation and shame. She had a therapist, but no friends. She went to church but never spoke to anyone. She attended prayer meetings, only to cry her way through them.

Yet her relationship with Jesus remained strong. About eight years prior to Marc’s death, she had attended a revival meeting and come to an understanding of Jesus, eventually repenting of her sin and accepting Christ as Savior.

She coped with the pain of Marc’s death by listening to worship music, reading the Bible and listening to the Bible on cassette. And she was comforted by Jesus’ steadfast pres­ence. “Because He had suffered,” she said, “I associated with Jesus—with His pain, His sorrow, His suffering.”

Then, another blow. Monique’s daughter, Nadia, died of a drug overdose seven years after Marc. Nadia couldn’t cope with the loss of her brother, and she had turned to cocaine to shut out the pain.

“I questioned why this was happening,” Monique said. “I was self-centered in my suffering—not angry, but self-centered. Asking why, why, why? But I didn’t have the answers.” In “Aftermath,” she wrote, “Exhausted, I took refuge at home and refused to leave.”

She eventually resumed going to church because she needed to be there. “People knew my pain, but they didn’t ask any questions,” she said. “They gave me cards. They prayed for me.”

One Sunday morning in 2001, Monique felt so weak from sorrow that she couldn’t hold her head up during church. She put her head on the shoulder of the woman beside her. “I told her that if I fell not to resuscitate me. And that’s when I sensed the voice of Jesus asking me, ‘Who makes your heart beat?’

“I realized, ‘My heart beats because of [Him].’ I had a choice to make at that moment … And I realized that I wanted to live, if only to help people who were having the same pain as I was.”

Her life changed directions at that point.

“Every day since then I wake up in the morning and think, ‘My heart is beating because Christ wants me to live.’”

In 2006, there was another school tragedy: A gunman entered Montréal’s Dawson College, killing one student and injuring 19 more before committing suicide. “I felt exactly the same emotions as in 1989 when my own son was involved in the killings,” Monique said. “I prayed to God that night to give purpose to my life, or to come and get me. And the next morning journalist Harold Gagne wrote me an e-mail.”

Harold had been trying for two years to speak with Monique about the 1989 events.

“I had the conviction from the Spirit to attend the interview that he requested,” she remembers. Her subsequent appearances on TV, radio and in newspapers led to her public speaking ministry.

Monique has met three families of the murdered women from the 1989 Montréal massacre, and has been able to share Christ with one victim’s parents. The brother of another victim wanted to offer her forgiveness as he had already accepted Christ.

For Monique, sharing her story is a responsibility, according to 2 Corinthians 1:4, which says that God “comforts us in all our tribulation that we may be able to comfort those who are in trouble.”

Monique puts it like this: “If you have been healed by God, you must go and help other people.”

People who don’t know God may not be able to successfully cope with tragedy.