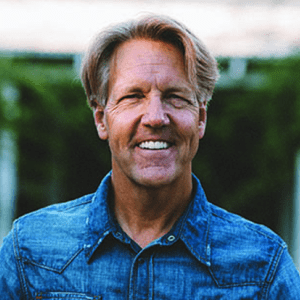 I read a book Philip Yancey wrote years ago called Where Is God When It Hurts? Most of the people he interviewed for the book believed that if God made one mistake in the world, it was pain. In December 2012, Yancey was invited to speak in Newtown, Conn., weeks after the shooting that killed six adults and 20 children at Sandy Hook Elementary School. Something dawned on him during this time —a question much harder than “Where is God when it hurts?” It was this: “Where is no God when it hurts?” There is a reason why atheists are never asked to speak to hurting people after a tragedy: they have absolutely no comfort to offer.

It’s usually pastors, authors or other ministry leaders who get invited because the message of Jesus Christ is hope in the midst of suffering. When we sit with people in their suffering, offering not platitudes but pity, we show our belief that there is a God who cares, who can bring them through their grief and even give it a sense of purpose. Last month, we looked at what the Apostle Peter had to say about suffering, but this month I want to home in on a few do’s and don’ts of suffering.

DON’T BE SURPRISED BY SUFFERING
Despite the presence of suffering each and every day, we’re often surprised by it. But look at what Peter wrote: “Beloved, do not think it strange concerning the fiery trial which is to try you, as though some strange thing happened to you” (1 Peter 4:12). No one gets up in the morning expecting to find out they have cancer, to lose their job, or to get in a car wreck. The surprise often sets up an unsurprising reaction: “How could an all-powerful God of love let this happen?” The answer to that question has been debated for centuries.

We wonder things like, Why do children get cancer—why not just terrorists? Why isn’t it only murderers who get crushed by trucks on ice-slickened roads? Non-Christians use these types of questions to back believers into corners—Aha! I’ve got you now What about all the evil in the world? Granted, it’s a tough one to answer, but let me flip it around. Acknowledging that something is evil implies that there is a higher good. If there is no God, where did we get a standard of goodness? Without ultimate values, there’s no such thing as good or evil. Not only should suffering not surprise us; it should point us to the existence of a good God.

DON’T BE SCARED BY SUFFERING
Peter had the audacity to use the word rejoice in relation to suffering: “But rejoice to the extent that you partake of Christ’s sufferings, that when His glory is revealed, you may also be glad with exceeding joy” (1 Peter 4:13). What Peter was really saying was that we have no right to expect better treatment from this world than Jesus received.

Peter brought suffering up out of the basement where we like to stow it and moved it into the great room—the great throne room of Heaven. It’s an honor to suffer with Christ. When C.S. Lewis was asked the question “Why do the righteous suffer?” he reportedly answered, “Why not? They’re the only ones who can take it.”

That’s not because believers are naïve about evil. Christians know that God allows evil to exist, but we believe that He is in absolute control of the universe. Perhaps most important, we believe He has a purpose in allowing evil. Peter even said, “If you are reproached for the name of Christ … On your part He is glorified” (1 Peter 4:14).

Part of our fear of suffering is the pain it causes. No one likes pain, but as children of God we know that pain has a purpose. Peter talked about trials burning away our impurities—our pride and self-sufficiency—and bringing us to a point of reliance on God’s grace (see 1 Peter 4:16). So, while we don’t have to look forward to suffering, we don’t have to be scared of it, either.

DO BE SELECTIVE IN SUFFERING
Peter made another important distinction: when you suffer, make sure it’s for the right reason: “But let none of you suffer as a murderer, a thief, an evildoer, or as a busybody in other people’s matters. Yet if anyone suffers as a Christian, let him not be ashamed, but let him glorify God in this matter” (1 Peter 4:15-16). People should be able to tell by your response to suffering that you’re a Christ follower. In Peter’s day, the message was clear: when the Romans beat and execute you, don’t retaliate. Today, Christians face violence; and in America, we face a culture that has abandoned God. This is our chance to be glorified with Christ through suffering—and it starts in the church.

“For the time has come for judgment to begin at the house of God; and if it begins with us first, what will be the end of those who do not obey the gospel of God? Now ‘if the righteous one is scarcely saved, where will the ungodly and the sinner appear?’” (1 Peter 4:17-19). What did Peter mean? Simply what he had been saying: our loving God uses suffering to purify His church.

DO BE SENSITIZED BY SUFFERING
Some people say that suffering is never God’s will, that believers are supposed to go from mountaintop to mountaintop. But that’s not in the Book. Here’s what is: “Therefore let those who suffer according to the will of God commit their souls to Him in doing good, as to a faithful Creator” (1 Peter 4:19). The word commit is a banking term that means to deposit something for safekeeping.

Suffering is hard. But when you deposit your trust in God’s bank, you will reap dividends in your account. When we suffer for doing good, our natural reaction is, I’d better not do any more good—good hurts! And it’s the easiest thing in the world to take it down a notch—to be a bit less bold, a bit less obvious in our beliefs. But Peter told us to follow Jesus’ lead. Jesus entered into the reality of suffering because of the good it would do and the glory that God would get.

Jesus once healed a man of blindness. His disciples asked whose fault it was that the man was blind—his or his parents’. “Neither,” said Jesus. He was born blind “that the works of God should be revealed in him” (John 9:3). Notice that Jesus didn’t engage in the debate over why. “Boys, let’s leave the why for another time. This guy is blind and wants to see. I’m going to fix that.” Jesus saw life as precious and did something about it. Christians through the ages have followed His example, starting the first hospitals and orphanages and leading the fight against injustice—William Wilberforce in England against slavery, and Martin Luther King here in America against inequality and racism, to name just two.

Insurance companies use the unfortunate phrase “acts of God” to describe natural disasters—tornadoes, hurricanes, wildfires. While I don’t dispute that God allows such things or that He remains in control amid such brutal events, I want to emphasize the acts of God that His children do when He enacts His love and compassion through us. May the world see those acts of God in us, even in the midst of suffering. D ©2015 SKIP HEITZIG