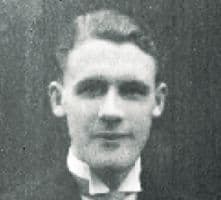 Leonard Ravenhill (1907-1994) was an evangelist and author who challenged the modern church to compare itself to the early Christian church as chronicled in the Book of Acts.

Had Saul met only a preacher and heard only a sermon on the Damascus road, he might never have been heard of again.

But he met Christ!

Saul’s encounter with the Holy One that day on the Damascus road must have been as terrorizing as it was transforming. He had a blinding vision of the Lord “above the brightness of the [noonday] sun.” Thereafter Paul was blind to all earthly honor.

And somewhere this empire-builder for Christ, with his colossal intellect and wonderful pedigree, accepted his Lord not only in substitution, but also in identification—“I died [in Him].” (To this truth we all render glib lip service.)

Paul also triumphantly affirms, “He liveth in me!” Grasp this truth with both hands. If we so testified, would friends shoot out the lip of mockery at us?

This sold-out servant of the Savior arose from the ashes of his burned-up self to be the New Testament Samson, lifting off its hinges the gates of history, and sending Calvary’s cleansing stream into the foul stables of Asian corruption. Blessed man!

But what made this man laugh at the frowning crags of Asia’s barriers? Why did he die daily? What reason is there for his unmatched list of fortitude (2 Corinthians 11)? Where is the rational explanation that he should carry an oversized burden?

The answer is not from any wild guess or imagination, but from the well-kept diary of his soul. Staggering as it is, he goes on record as saying, “[It is] not I who live, but Christ who lives in me” (Galatians 2:20).

Ponder it! He does not declare that he believes in the virgin birth, or that he is sure the Lord rose again from the dead—though of course, he believed this—but “Christ is now living in me!”

From the sickening depth of depravity (“So now it is no longer I who do it, but sin that dwells within me,” Romans 7:17), he is now asserting from the height of spirituality, “not I who live, but Christ who lives in me” (Galatians 2:20).

Taken by permission from Why Revival Tarries ©1959 Leonard Ravenhill. Published by Bethany House Publishers, a division of Baker Publishing Group. All Rights Reserved.