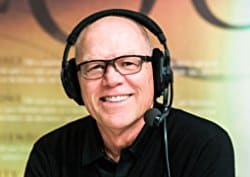 Hank Hanegraaff is President of the Christian Research Institute and host of the Bible Answer Man daily broadcast.

From the moment we are born, our bodies begin sowing the seeds of biological destruction. Yet for Christians death is hardly the end. The cycle of life and death is forever broken through resurrection.

Four days after Lazarus died, Jesus said to Martha, “‘Your brother will rise again.’ Martha answered, ‘I know he will rise again in the resurrection at the last day.’ Jesus said to her, ‘I am the resurrection and the life. He who believes in me will live, even though he dies; and whoever lives and believes in me will never die’’’ (John 11:23-26). In saying this, Jesus pointed to Himself as the very One who would overcome death and the grave and as such ensure that all who put their trust in Him would experience resurrection to eternal life—as He and the prophets assured.

The most significant promise of resurrection comes from Jesus Christ Himself. When the Jews demanded that He prove His authority over temple, priest and sacrifice, Jesus responded, “Destroy this temple and I will raise it again in three days” (John 2:19). The Jews thought He was speaking of Herod’s temple, which had taken 46 years to build. “But the temple he had spoken of was his body” (John 2:21). Context here is crucial.

Jesus had just “made a whip out of cords and drove all from the temple area, both sheep and cattle; he scattered the coins of the money changers and overturned their tables. To those who sold doves he said, ‘Get these out of here! How dare you turn my Father’s house into a market!’” (John 2:15-16).

The meaning was not lost on His disciples. They had seen His miracles. They knew who He was and remembered the prophetic words of King David: “Zeal for your house will consume me” (John 2:17).

The Jewish Sanhedrin also knew of the miracles of Jesus. Thus, they did not immediately instruct the temple police to arrest Him for civil disobedience. Instead they asked for a miracle: “What miraculous sign can you show us to prove your authority to do all this?” (John 2:18).

In place of a sign, Jesus presented a prophecy. Not just a prophecy—the prophecy. The prophecy demonstrating that the whole of the Law and the Prophets pointed forward to Him (see Matthew 5:17-18). The prophecy signifying that the Word of God cannot be broken (see John 10:35). The prophetic star shining most brightly in the constellation of Biblical prophecy. “Destroy this temple,” said Jesus, “and I will raise it again in three days” (John 2:19).

When Jesus uttered the words “destroy this temple,” He was standing in the shadow of a sanctuary of which He Himself was the substance. Instead of bowing to the substance, the temple keepers reveled in its shadow. “It has taken 46 years to build this temple,” they sneered, “and you are going to raise it in three days?” (John 2:20). Enamored by the picture, they were oblivious to the Person. Sadly, they loved the type and loathed the antitype who had emerged in their midst through the doorway of Old Testament prophecies.

Jesus made His typological relationship to the earthly sanctuary explicit when He pronounced, “One greater than the temple is here” (Matthew 12:6). In saying this He pointed to Himself as the fulfillment of all that had been spoken by Moses and the prophets (see Luke 24:25-27, 45-47). “After He was raised from the dead, His disciples recalled what He had said. Then they believed the scripture and the words that Jesus had spoken” (John 2:22). Truly, the glorious fulfillment of Christ’s prophesied resurrection from the dead—“Destroy this temple and I will raise it again in three days”—is the prophetic star illumining the reality that Christians too will be resurrected.

The resurrection of Jesus of Nazareth is not merely important to the historic Christian faith; it is the very capstone in the arch of Christianity. Without the resurrection, there would be no Christianity. It is the singular doctrine that elevates Christianity above all other religions and worldviews.

Through the resurrection, Jesus demonstrated that He does not stand in a line of peers with Abraham, Buddha or Confucius. He is utterly unique. He has the power not only to lay down His life, but to take it up again (see John 10:18). As such, Christ “was declared to be the Son of God in power according to the Spirit of holiness by his resurrection from the dead” (Romans 1:4, ESV)—the eternal, sovereign God the Son in human flesh.

Moreover, Christ pronounced the Scriptures infallible. If the One who holds “all authority in heaven and on earth” (Matthew 2:8) concurs with the Biblical record, no one should have the temerity to contradict its claims. ©2017 HANK HANEGRAAFF

HANK HANEGRAAFF IS PRESIDENT OF THE CHRISTIAN RESEARCH INSTITUTE AND HOST OF THE BIBLE ANSWER MAN DAILY BROADCAST. HE HAS AUTHORED MORE THAN 20 BOOKS, INCLUDING RESURRECTION AND THE FORTHCOMING M-U-S-L-I-M: WHAT YOU NEED TO KNOW ABOUT THE WORLD’S FASTEST GROWING RELIGION.