Kevin Stenhouse is blunt in explaining why southeastern Ontario needs the Quinte Celebration of Hope with Will Graham.

“All the tools we’ve used (for evangelism) over the last 50 years no longer work, because church in itself is no longer a draw,” says the 50-year-old pastor of Prince Edward Country Free Methodist Church in Picton. “It’s the abnormal person that responds to an invitation to attend church, so we have to change.”

Kevin was among more than 650 people from more than 50 churches and Christian ministries who attended the Quinte Celebration of Hope launch event in March. The eight-month Celebration ministry will include prayer gatherings, worship events, and evangelism and discipleship training.

All this leads to an exciting outreach weekend Oct. 4-6 in Belleville. It will feature Christian music and testimonies, children’s ministries, and powerful Gospel presentations by Will Graham.

“I think people respond to experiences, and church leaders know that on our own, we can’t create these experiences,” Kevin says.

“I think people respond to experiences, and church leaders know that on our own, we can’t create these experiences.” – Kevin

But a Celebration can, as local churches work towards a common cause.

Kevin grew up in a church environment in London, ON, and at age 13, committed his life to Christ—“the Word [who] became flesh and dwelt among us” (John 1:14, ESV)—in a youth group. But he abandoned his faith in anger and frustration after his family moved to Toronto, forcing him to leave behind his youth group and his friends. 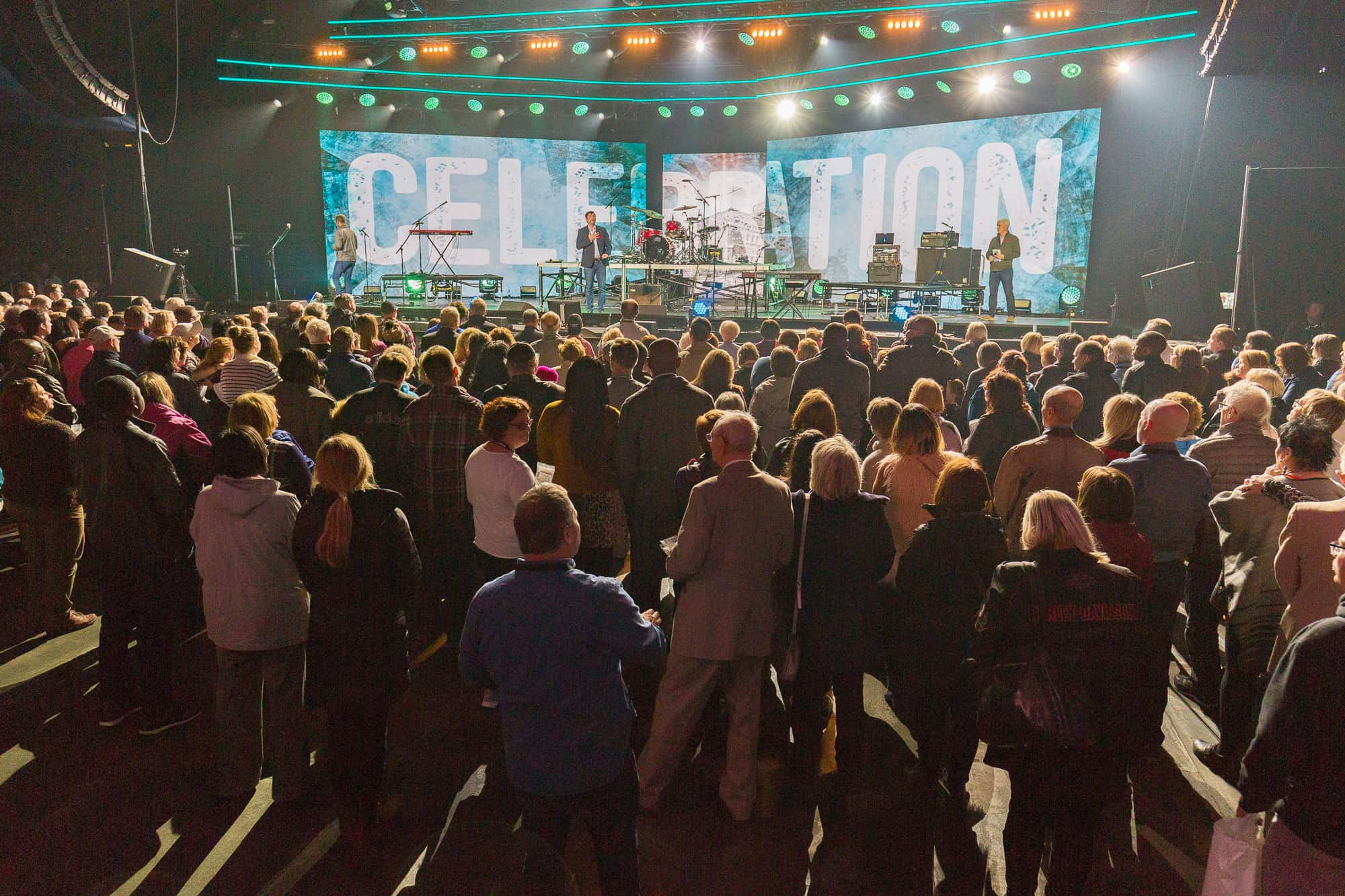 “I purposefully rebelled against my folks and started drinking and hanging around with ‘fellow rebels,’” Kevin recalled. Eventually, his school marks suffered, he was fired from several jobs and his new Toronto friends turned out to be disappointments.

In addition, Kevin (by then 18) started to have addiction issues and they were hurting his family relationships. After his father was transferred again, to the Quinte Region, Kevin knew something had to change.

With that thought firmly in his mind, Kevin did something audacious: On the first Sunday in his new home, he walked to the closest church, went inside, and told the first person he encountered, “I’m here. Fix me.”

“Being part of the Celebration—every step of the way—is about connection. And for anyone attending the outreach weekend in October, it’s also about connection—including connecting with something bigger than yourself.” – Kevin

Fortunately, that person was the church pastor. He mentored Kevin while church members invested countless hours into his life. The result was Kevin coming back to faith in the Lord. Praise God!

“When I say that God is a God of life and hope, I mean it and I know what I’m talking about,” Kevin said. “I wouldn’t be alive today if it weren’t for His consistent work in my life.”

The Celebration in Quinte aims to provide that hope to thousands in the region. It’s one two that BGEA of Canada is organizing this year in partnership with local churches. The other Celebration is in the Nunavut community of Baker Lake, 1,600 kilometers north of Winnipeg.

Despite being outside the big-city reach of the Greater Toronto Area, Quinte has its problems, Kevin says. They include an affordable housing shortage and addiction problems (Quinte has a large supply of cannabis retailers).

“These issues are about people being disconnected from each other and from God,” he says. “Being part of the Celebration—every step of the way—is about connection. And for anyone attending the outreach weekend in October, it’s also about connection—including connecting with something bigger than yourself.”

If you know anyone in the Quinte region (including Trenton, Brighton, Napanee, Belleville, Carrying Place, Stirling, and Deseronto), please point them to the Celebration website (CelebrationOfHope.ca) and encourage them and their churches to participate.  Lives are waiting to be transformed by the Gospel.

Learn more about the Quinte Celebration of Hope