Winning people to Christ involves the recognition of a need that only Christ can meet. There is one need, among many, which, if not met, will nullify the good of any other needs being met. We all need to escape the wrath of God, a wrath that is coming on the world. If we don’t, all other blessings come to nothing. Therefore, one indispensable truth of the good news of Jesus Christ is that He—and He alone—delivers believers from the wrath to come. 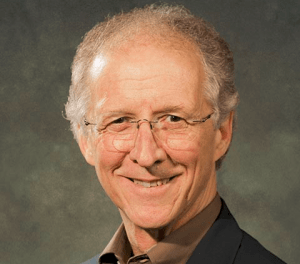 This truth is clear from 1 Thessalonians. The Apostle Paul preached the Gospel in Thessalonica and, amazingly, many “received the word in much affliction, with the joy of the Holy Spirit” (1 Thessalonians 1:6). Something Paul preached was so thrilling and so compelling that these people joyfully accepted affliction as the price of believing it. What was it?

It was that, because of Jesus Christ, they could be delivered from the coming wrath of God. “You turned to God from idols to serve the living and true God, and to wait for his Son from heaven, whom he raised from the dead, Jesus who delivers us from the wrath to come” (1 Thessalonians 1:9–10).

Paul had warned them that “while people are saying, ‘There is peace and security,’ then sudden destruction will come . . . and they will not escape” (1 Thessalonians 5:3). And he had encouraged the believers, “God has not destined us for wrath, but to obtain salvation through our Lord Jesus Christ” (1 Thessalonians 5:9).

Paul knew that Jesus himself had said, “Whoever does not obey the Son, the wrath of God remains on him” (John 3:36). And so he warned the hypocrites of Romans 2, “Because of your hard and impenitent heart you are storing up wrath for yourself on the day of wrath when God’s righteous judgment will be revealed” (Romans 2:5). And he promised believers, “Since we have now been justified by his blood, much more shall we be saved by him from the wrath of God” (Romans 5:9).

It seems to me that many Gospel preachers today have little confidence that this message (“Jesus delivers from the wrath to come”) can be heard by contemporary people as good news. It seems that modern people lose little sleep over the impending wrath of God. It’s not a matter of discussion at work. It is not prominent in the news. To bring it up in a conversation seems so strange that people might think you are cultic or unstable.

THE WORLD KNOWS THIS ALREADY
I think our silence is a big mistake. There are many reasons, but the one I want to emphasize is this: All unbelievers that you know, or ever will meet, know already about the coming wrath of God and that they deserve it. When you talk to them about it, you will be touching on something deep in their souls. They may have suppressed this knowledge, but it is there.

I see this truth in Romans 1. First, Paul says that all people know God and know a good deal about God, but have suppressed what they know. He is speaking of mankind in general when he says, “Although they knew God, they did not honor him as God or give thanks to him” (Romans 1:21). Nevertheless, “by their unrighteousness they suppress the truth” (Romans 1:18). So “claiming to be wise, they became fools, and exchanged the glory of the immortal God for images” (Romans 1:22–23). So they know God—all people know God!—but, at the level of consciousness, they have kept Him out.

The same is true of God’s judgment—the coming wrath of God. In Romans 1:29–31, Paul lists more than 20 typical sins of those who suppress the knowledge of God. Then he says in verse 32, “Though they know God’s righteous decree that those who practice such things deserve to die, they not only do them but give approval to those who practice them.”

Second, they know the content of God’s decree. There are kinds of behaviors that are wrong: “those who practice such things deserve to die.”

“Such things.” They know these things are wrong.

Third, they know the content of God’s decree, that they “deserve to die.” They know that the breaking of God’s standards leads to the experience of God’s wrath. Paul’s wording is not that death follows sin in the same way that a disease follows infection. The wording is that they “are worthy of death.” That is, they have incurred real guilt before a real judge, and there is a moral fitness about the punishment to follow. And it is real punishment from a personal, righteous, wise God, not a mere sequence of natural outcomes.

They may have suppressed this knowledge, as they have the knowledge of God, but it is there. And you, filled with the Holy Spirit and with the good news that there is a way of escape, you may be the one appointed by God to awaken this dormant truth and give them hope.

MY PLEA
My plea is that all of us who love the Gospel of Jesus and who love people will not shrink back from speaking boldly and clearly and wisely about the whole counsel of God, including the wonderful truth that Jesus delivers from the wrath of God. Nothing is more terrible than to be the deserving object of the just and omnipotent wrath of God. The world, and everyone in it, needs to know that God has made a way of escape through Jesus Christ. This knowledge is essential to the Gospel we preach.

Why did Paul say to the Ephesian elders that he was “innocent of the blood of all”? He gave the reason in the next verse: “For I did not shrink from declaring to you the whole counsel of God” (Acts 20:26–27). In other words, a judgment is coming. Either the blood of Christ will cover you from the wrath of God, because you have taken refuge in Him, or you will pay with your own blood.

But that will not be on my hands, Paul says. For I warned you that wrath is coming. And I showed you the way of escape. It has cost me dearly. But I live in order to “finish my course and the ministry that I received from the Lord Jesus, to testify to the gospel of the grace of God” (Acts 20:24). D ©DESIRINGGOD.ORG

SCRIPTURE VERSES ARE FROM THE HOLY BIBLE, ENGLISH STANDARD VERSION.

THIS ARTICLE FIRST APPEARED AT DESIRINGGOD. ORG, AND IS USED BY PERMISSION. JOHN PIPER IS FOUNDER AND TEACHER OF DESIRINGGOD.ORG AND CHANCELLOR OF BETHLEHEM COLLEGE & SEMINARY. FOR 33 YEARS, HE ALSO SERVED AS PASTOR OF BETHLEHEM BAPTIST CHURCH, MINNEAPOLIS, MINN.