In 2014, Angelina Jolie directed an award-winning film called Unbroken. It tells the incredible true story of Louis Zamperini, a juvenile delinquent turned Olympian and war hero. After Louis’ WWII plane crashed in the Pacific, he floated at sea for 47 days before being captured and ruthlessly tortured by the Japanese. He survived unimaginable atrocities and starvation, finally making it home to his family after the war.

That was where Unbroken ended, and it was a great high point. But that’s not where Louis Zamperini’s story ended. In fact, the struggles were just beginning.

After returning home, Louis’ life looked great on the outside. He was a celebrity, he married a woman whom he dearly loved, and they had a beautiful little baby. On the inside, however, Louis was sinking into a dark well of despair. He suffered from what we now know as PTSD (post-traumatic stress disorder), was haunted by nightmares, was on the verge of divorce, and had become an alcoholic.

He had survived the ruthlessness of war, but was now on the road to destruction in peacetime.

This second part of Louis’ story is being told in the Universal Studios film Unbroken: Path to Redemption. In it, we witness Louis in all of his heartache and pain, but we also get a glimpse of the answer to his struggles.

You see, Louis only found true and lasting peace when he surrendered his life to Christ at my grandfather’s historic 1949 Los Angeles Crusade. After beginning a relationship with Jesus, Louis never had another nightmare, never took another sip of alcohol, and his marriage was restored.

Early last year I was approached with the unique and unexpected opportunity to portray my grandfather in the film. I’m not an actor, but I prayerfully decided to accept this role. It was a nerve-wracking experience that took me far out of my comfort zone, but it was also an incredible blessing.

The biggest impact for me came from deeply studying my grandfather in preparing for the role, immersing myself in his early sermons.

First, I was reminded of my grandfather’s deep love for—and reliance upon—the Bible. He quoted Scripture repeatedly and at length throughout his messages. His most commonly used phrase was “The Bible says …” He knew that the Bible was the divine, powerful, living Word of God, and it pierced the hearts of those hearing it.

Second, my grandfather preached with a sense of urgency. He knew that heaven and hell hung in the balance. Decisions made in that massive tent on the corner of Hill and Washington streets in Los Angeles would not only affect lives, but eternities as well.

Third, my grandfather didn’t just ask people to respond to the Good News of Christ. He commanded them with an authority that could come only from God. “This may be your only chance. Come now!” he would call out. Of course, those in the audience had the free will to walk forward or not, but my grandfather made it very clear that this was their opportunity to begin a new life with Jesus.

Looking back on it, we now know that Louis Zamperini was one of those who responded to the call, and he was radically changed and saved. That was 1949, but today there are just as many—if not more—people like Louis out there. People who are lost and struggling, who have no hope or peace.

Will you be like my grandfather, holding tight to the Scripture as you share the hope that you have with urgency and authority? I’m committed to doing so, and I hope you will too. 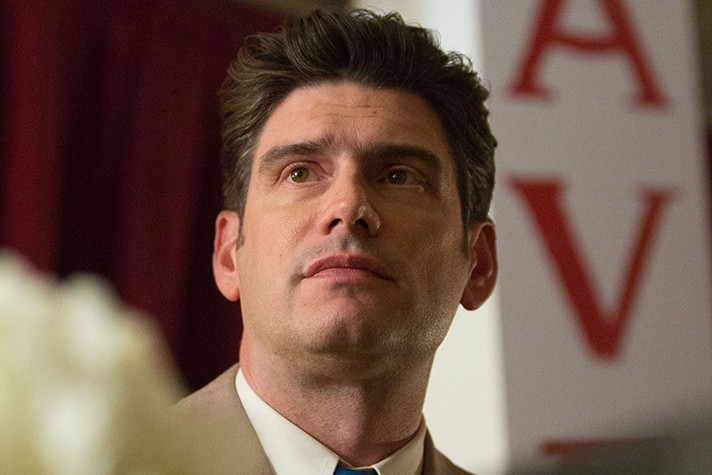