Son of man, I have made you a watchman for the house of Israel. Whenever you hear a word from my mouth, you shall give them warning from me. —Ezekiel 3:17 (ESV)

When terrorism analyst Erick Stakelbeck first got his start, he soon realized sharing his expertise without a scare would be no easy task.

“I would lay out all these facts and say, ‘OK, have a nice day,’ and people are hiding under their chairs,” he joked, referring to the heavy but necessary message of the threat of terrorism. 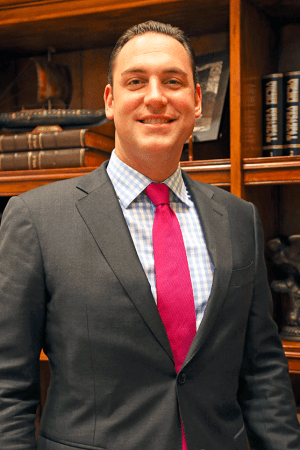 “But as I’ve grown, and God has continued to refine me, I know there’s a blessed hope, and I try and impress that on people.”

Stakelbeck, who reports for the Christian Broadcasting Network, is widely known for his knowledge on the Middle East and national security issues.

Through his show The Watchman and latest book ISIS Exposed, his call now is to uncover threats like ISIS while staying true to the charge of evangelism that all believers have.

And with similar boldness, Stakelbeck is challenging Christians everywhere to get educated about threats in the Middle East and at home, as well as the message behind recent terrorist attacks that are dominating headlines.

“Here in the West, we have so many distractions. People think the Middle East is thousands and thousands of miles away and could never affect us here,” he said.

“But ISIS has declared war against Christians. The leader of ISIS has said, ‘We must destroy the defender of the cross.’ … Christians are in the crosshairs.”

And that’s why believers should be paying attention.

“I think ISIS is a sign of the times. We live in dark times. Perilous times. ISIS is clearly a demonic movement,” Stakelbeck added. “We as Christians have a responsibility to be salt and light; to stand against this with the truth of the Gospel.”

Special Page: Are We Headed for a Holy War?

The group we now know as ISIS first got its start more than a decade ago.

When the United States went into Iraq in 2003, Islamic terrorist Abu Musab al-Zarqawi led the insurgency against the U.S.—soon starting the group he called Al Qaeda in Iraq.

They were eventually crushed and Zarqawi was killed.

But after U.S. troops withdrew from Iraq, the group started to regain momentum.

“It got stronger in Iraq, spread to Syria, and grew into what we see today: the Islamic State in Iraq and Syria (ISIS),” Stakelbeck said.

“There’s genocide underway right now in the Middle East … our brothers and sisters in Christ are being slaughtered,” Stakelbeck said. “As a Christian, the body of Christ is being persecuted by this movement.”

Stakelbeck often notes the growing threat of homegrown jihad—Americans joining the ranks of terrorists in the Middle East to carry out attacks on U.S. soil.

“ISIS has called for folks to rise up. They call them ‘city wolves,’ and they’re calling on all their city wolves in Europe and the United States to rise up and carry out attacks,” he explained.

Yet, even with that reality, Stakelbeck says now is not the time for Christians to be afraid or shrink back.

“I talk to secular people in America all the time who instinctively in their gut feel things are going in a bad direction. But they don’t know the Lord, and they don’t know what to do about it,” he said. “As believers, we have a special responsibility to be that voice and to educate people.”

As Christians share God’s Word and His promises in these dark times, doors can be opened for others to find security in Christ.

“If we are watchmen and watchwomen on the wall, we are on God’s front lines as believers in this day and age,” Stakelbeck said. “If we don’t speak up about it, who’s going to do it?

“No one else is going to do it. We were born in these times for a reason.”