Bus after bus lined the sidewalks, windows down with children hanging their heads out into the humid Colombian air.

Gray clouds gathered over nearby General Santander Stadium as thousands of kids hiked up its 70-year-old concrete steps, some holding hands so they wouldn’t get lost in the crowd. Several ate arepas from street vendors as they curiously waited for FestiKids, a kid-friendly evangelistic event, to start.

For months, Franklin Graham has been asking people to pray over this particular weekend in Cúcuta, a Colombian city a few miles from Venezuela. His heart is with the tens of thousands of Venezuelans facing economic hardship in their home country, many who have made their way into Cúcuta.

He will preach at the Festival de Esperanza (Festival of Hope) in this city Friday and Saturday, but Thursday morning was all about the kids.

The threat of rain held off as dancers in neon orange, blue and green sang and waved flags to worship songs.

“Cristo vive!” Christ lives! the children shouted from their seats in the stands.

Soon, actors took the stage for a skit that explained the Gospel in simple terms. Afterwards, a Venezuelan mother and her three children—ages 5, 9 and 11—stood shoulder to shoulder with hundreds of others who came down from the stands in response to Christ. 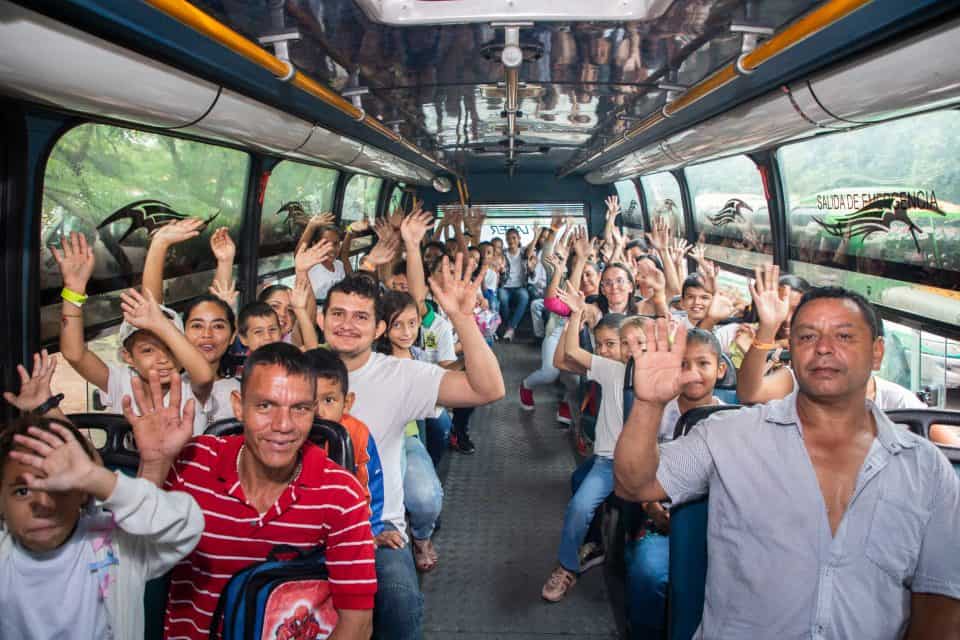 With a tired desperation in her eyes, the mother explained how she’s been going through a tough time. Back home, she said, it’s hard to find basics like milk and flour. There’s often violence as so many struggle to provide for their families.

Her family took a bus from the Venezuelan border to get to FestiKids and “receive the blessing of God,” the mother shared. By the end, she and her three children all came forward in surrender to Christ.

The 11-year-old said it felt good to pray for God’s forgiveness and that she wants to follow Him. Her mom spoke of the uncertainty her family faces each day and said she needs to look to God for direction.

Ana* can understand that. Her husband moved from their home in Venezuela to Cúcuta two years ago. Ana followed last December, leaving behind their house, cars and her two jobs as a teacher and lawyer.

She said they went “from the top” to starting all over in a city where they have no family. She hasn’t found a job yet, and in the meantime, prays the government in her home country will change. 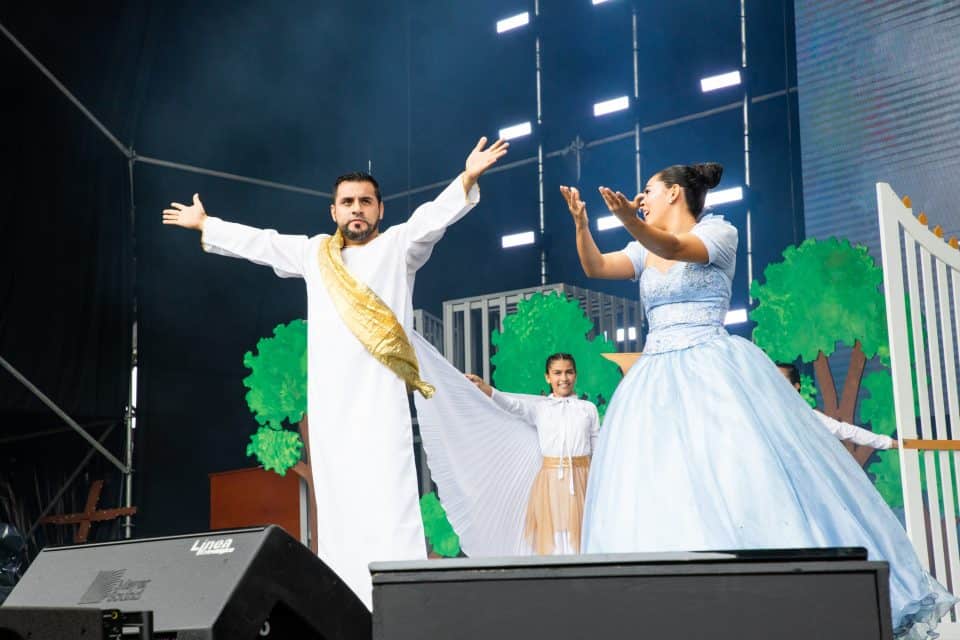 Ana openly shared a lot about her life, but when asked if she’d like to return home, you could see the hint of tears in her eyes.

“Of course,” she said quietly.

As her electricity and water bills add up in the home she’s renting with her husband, she said she’s trusting God’s plan for her family.

“Without hope, I don’t know where I would be,” she said. She wanted to come to FestiKids—and plans to attend this weekend’s Festival of Hope—“to find peace.”

Like so many Thursday, Ana came to FestiKids on a bus. She brought along her 9-year-old son, Elianger, who invited Christ into his life before the morning was over.

Above them, hanging from the stadium lights, hung two giant yellow banners with “Jesus te ama” (“Jesus loves you”) written in bold.

Please pray more will come to know that truth over the next two days during the Festival of Hope.