“A mystery and wonder of prayer is that God often waits until someone asks.” —Billy Graham

This Father’s Day, after spending 55 years missing his dad, Billy Graham is no longer experiencing the pain and sorrow of loss.

It was always evident how much Billy Graham loved and respected his father, Frank (William Franklin Graham, Sr.). He was a Charlotte, North Carolina, dairy farmer who almost lost everything in the Great Depression but managed to slowly recover and leave a legacy of faith, hard work and determination.

But the most important thing Frank Graham may have ever done was invite a group of Charlotte businessmen to gather on his property to pray.

In May 1934, Billy Graham was just a lanky, mischievous teenager when his father and a group of local men gathered under a grove of shade trees at the edge of a pasture on the Grahams’ dairy farm. They had met several times before—always outdoors—at different locations around Charlotte to pray for God to send revival to their city, their state and beyond.

But this particular May prayer gathering is still being talked about almost 85 years later. That’s because at this meeting, as Frank Graham recalled later, a paper salesman named Vernon Patterson suggested a bold new prayer: that God would raise up someone from Charlotte, North Carolina, who would take the Gospel to the ends of the earth.

“At that time, in 1934, it certainly wasn’t obvious that that someone might be me,” Billy Graham wrote later. The day his father joined the others in their bold new prayer, Billy was in the barn doing his afternoon chores, and the Gospel was likely the farthest thing from his mind.

It wasn’t easy to get young Billy Graham to set foot inside the tent where Dr. Ham was preaching night after night (why Billy finally went is another story), but he eventually decided to see what all the fuss was about.

It was at that tent meeting on Nov. 1, 1934—just six days before Billy Graham’s 16th birthday—that the future “Evangelist to the World” and “Pastor to Presidents” asked Jesus Christ to come into his heart and be his Savior and Lord.

One of the Bible verses Dr. Ham quoted, Romans 5:8, stuck with the young new believer. The verse says, “but God shows his love for us in that while we were still sinners, Christ died for us.”

It was the knowledge of God’s love that changed Billy Graham’s heart, and he spent more than 70 years passionately telling anyone who would listen, “God loves you!”

Before he went to be with Jesus on Feb. 21, 2018, Billy Graham preached the Gospel to more people in live audiences than anyone else in history—nearly 215 million people in more than 185 countries and territories. Hundreds of millions more have been reached through TV and radio broadcasts, newspaper columns, evangelistic films and the internet.

In fact, many people have told BGEA they chose to put their faith in Christ after Mr. Graham’s death, through watching his funeral service, hearing the Gospel on SiriusXM’s pop-up Billy Graham Channel or online through StepsToPeace.org.

Both Billy Graham and his father would have given all the glory to God, Who answered a sincere prayer from a group of men on a dairy farm in 1934.

“God answered that prayer in ways beyond anything anyone could have imagined,” Franklin Graham said. “Are you praying bold prayers of your own? Which friends or loved ones are you lifting up to God, who desires to rescue the lost? What cities or nations are you praying for? Ask boldly.” 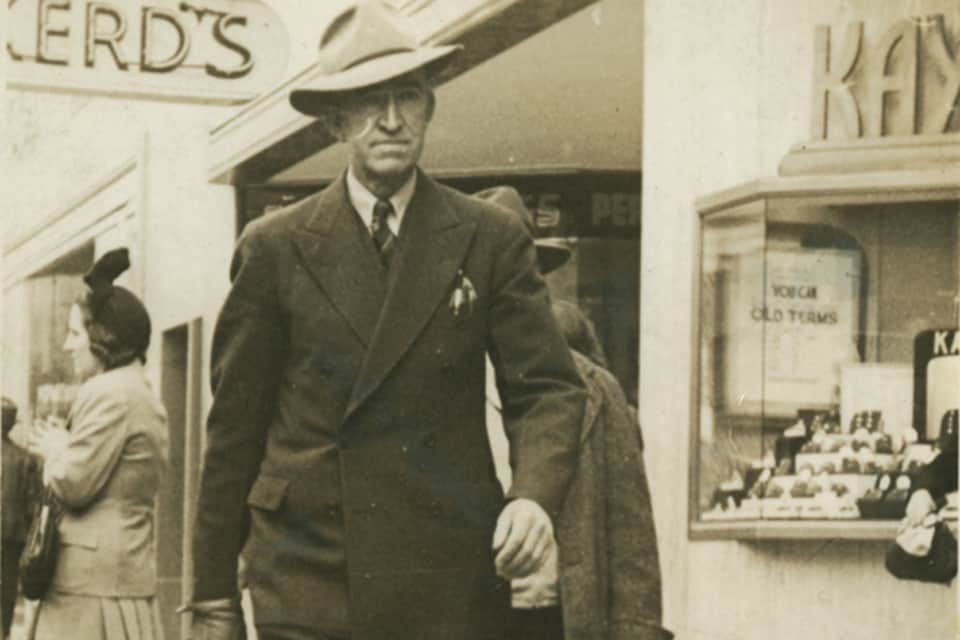