Friday morning, Queen Elizabeth II announced the passing of her husband, Prince Philip. The Duke of Edinburgh was 99 years old and had been married to Her Majesty for nearly 74 years.

“Our prayers are with Her Majesty The Queen and the entire Royal Family as they mourn the loss of His Royal Highness The Prince Philip, Duke of Edinburgh,” Franklin Graham shared on Facebook.

For over 60 years, the Graham family has shared a close friendship with the British royal family. In fact, Billy Graham was planning his first evangelistic campaign to the United Kingdom the day Franklin Graham was born. Those early Crusades put the Billy Graham Evangelistic Association (BGEA) on the map as an international ministry—and allowed Mr. Graham’s path to cross with the Queen and Duke.

To honor Prince Philip’s life, here’s a look back at his decades-long history with the Graham family:

During a six-week Crusade in Glasgow, Scotland—from March 21 to April 30, 1955—the BBC broadcast Mr. Graham’s Good Friday message on both radio and television. Among those watching were Queen Elizabeth II and Prince Philip.

Just days later, the evangelist was invited to preach to the Queen and Duke at their private chapel at Royal Lodge on Easter Sunday. Mr. Graham later wrote about the rare opportunity:

“When we filed into the Royal Chapel, I looked around to see the location of the pulpit. I was stunned to realize that the chapel had no pulpit, just a place to stand. I carried a thick sheaf of handwritten notes on extra paper and was forced to leave them behind when I got up to speak. I had prayed so much about this moment that I knew however simple and full of mistakes my sermon would be, God would overrule and use it—but I tell you, I could really feel my heart beating!” 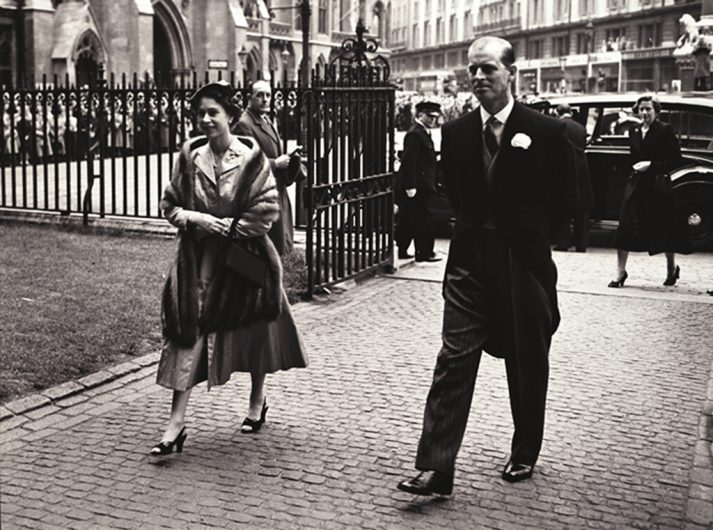 At a ceremony at Buckingham Palace, Prince Philip presented Billy Graham with the Templeton Foundation Prize for Progress in Religion. The evangelist was the second American to receive the award, which highlights pioneering breakthroughs in religion around the world.

The citation read, “The Reverend Billy Graham has given the church around the world a new hope and has contributed vastly to the wider vision and meaning of evangelism. His cooperation with all denominations of the Christian faith and his determination to involve the statesmen of the world in evangelism has left an indelible mark on Christian history.” 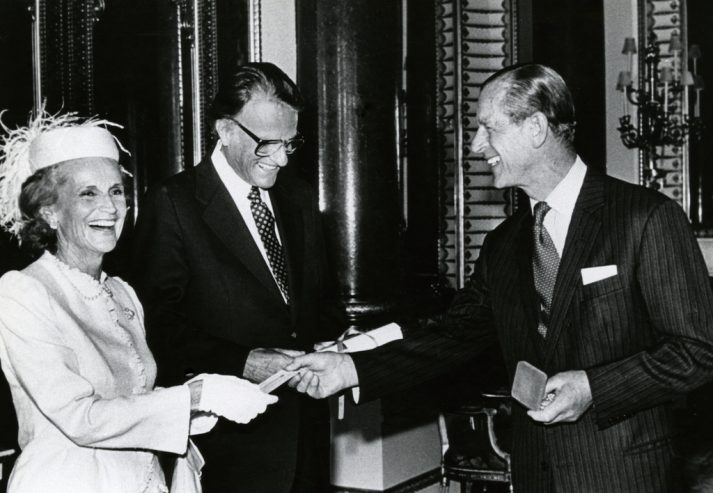 On multiple occasions, the royal family reached out to Billy Graham for spiritual guidance. In 1984, Queen Elizabeth II, Prince Philip and the Queen Mother welcomed the Grahams to Sandringham Church, in Sandringham, Norfolk, England, where the evangelist shared a message. 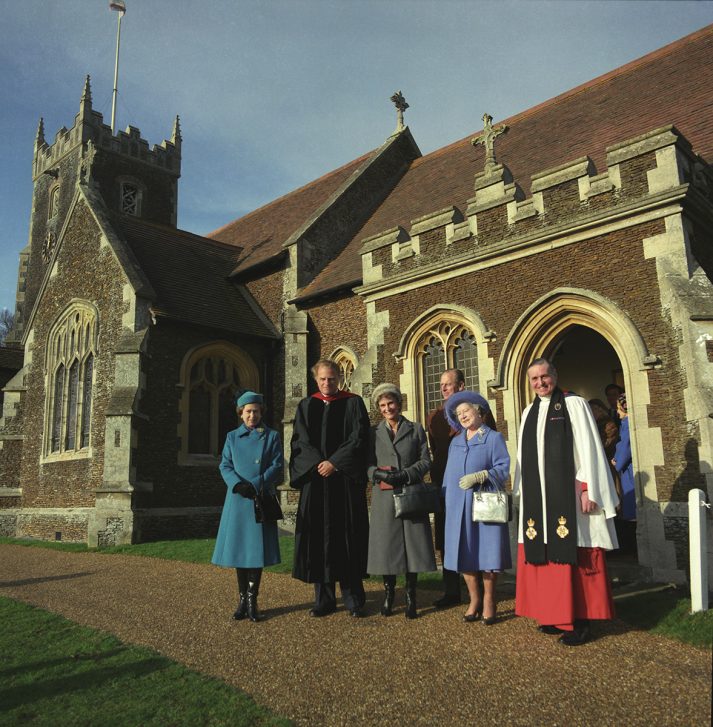 Even now that Billy Graham has passed away, the BGEA continues to minister in the United Kingdom. Over the past 67 years, three generations of Grahams have shared the Gospel in at least 20 cities across the nation.