It all began with a couple of parttime student jobs at Canadian Tire. But more than a few simple paycheques, those jobs were the springboard to a wedding and—thanks to a Celebration in eastern Ontario—a new member of God’s family.

Tori Reed was 18 and Nic Jeckell 15 when they met at their part-time workplace. Despite the age gap, a friendship began.

Three years later, Nic suggested getting a coffee together.

“The age gap was still a little weird, but I had dated lots of guys through my teen years who were not good decisions, and Nic grew to become my best friend,” said Tori, now 24. “There was a comfort level with Nic that was so different from anyone else I had dated.”

Besides the age gap, there was another challenge: a faith gap. Tori grew up in a Christian family and managed to hang onto her faith even when her parents separated.

Nic, on the other hand, was raised in a secular home where exploring faith was not encouraged. Still, “I always kind of believed in God,” he said.

Tori struggled with her Christian walk after her parents broke up. She still believed in God, but stopped living for Christ. That started to change in 2018, when she took a job working in her father’s insurance agency.

The business was a 45-minute commute from their home in Belleville, ON, and Tori and her dad, Paul, made the trip together every day. That gave Paul (who volunteered on the Quinte region Celebration’s finance committee), plenty of time to play the local Christian radio station.

“After a while, I started singing the Christian songs and that led to faith conversations,” Tori said. In the end, “Dad’s presence and love and example made the difference. That won me over.”

Even as that was happening, she and Nic continued dating. In 2018, Nic approached Paul seeking permission to marry his daughter. Paul clearly recalled his reaction.

“I said, ‘Nic, you may be a fine young man, but what I want for my girl is someone who loves Jesus more than he loves her. And you can’t come to that place to please me or Tori.

You have to come to that place on your own—because you feel God calling you.”

In his youthful enthusiasm — the family still chuckles over it — Nic remembered not hearing Paul say no, so he went ahead and proposed.

They were married in May 2019. Tori continued regularly attending church, and sometimes Nic would agree to go with her.

“To be honest, I didn’t think much of church,” Nic remembered. “It was almost like, What am I doing here? I didn’t have the connection.”

As the Quinte Celebration’s outreach weekend—featuring three nights of Christian music, testimonies, and Will Graham’s Gospel proclamations—drew closer on the calendar, Tori made plans for her and Nic to attend one of the nights.

“We went primarily because Dad was so involved and we wanted to support him,” said Tori. “I didn’t think it would be a life-changing thing; I thought we’d go, and it would be another service, and that would be that.”

But God had a surprise for them. Tori and Nic attended the second night, when Will Graham preached on the parable of the Prodigal Son.

“Many of you are like that son; you’re discontented and you feel like life should be better than what it is,” Will said to almost 2,200 in attendance at CAA Arena in Belleville. “Some of you might even feel God is holding you back, that He doesn’t want you to have a good life. I’m here to tell you nothing could be further from the truth.”

As he thinks back on that lifechanging night, Nic admitted, “I wasn’t expecting some of the things Will spoke about. He talked about the Prodigal Son and that really spoke to me.”

Nic had never heard the story of the Prodigal Son. When Will invited those in attendance to come to the stage and publically commit their lives to the Lord, Nic “stood up and froze.”

“The old me and new me were at war; God was saying ‘go forward’ and the old me said ‘don’t bother.’

“Thank God Tori was beside me because she gave me a little push and said ‘let’s go forward.’ At that point, it felt right.”

Tori felt so excited when she saw Nic stand up. “Then I noticed his hesitation and thought, We have to do this. I stood up beside him and said, ‘I’ll go with you,’ then he started walking.”

Paul, Tori’s father, was on the floor of CAA Arena when Will invited people forward.

“My eyes were closed and I’m praying, ‘O Lord, is anyone going to come forward?’ When I opened my eyes, the front of the stage was flooded with people!

“And in that crowd,” Paul added, becoming emotional, “was my son-in-law.”

In total, nearly 6,000 people attended the outreach weekend, and at least 7,000 more watched online when the Celebration’s second and third nights were live streamed. 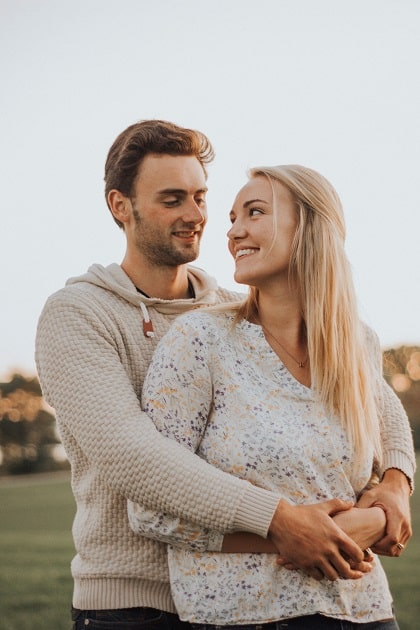 Nic was joined by almost 600 others who responded to Will’s invitations to repent of their sins and commit their lives to Christ, “the Word [who] became flesh and dwelt among us” (John 1:14, ESV).

As he confirmed his decision with a volunteer counselor near the stage, Nic remembers being a little nervous.

“I knew this wasn’t a one-time thing. It was a lifelong commitment. It was a new me being created.”

Tori and Nic returned for the final night of the Quinte Celebration’s outreach weekend. What they heard and experienced confirmed Nic’s decision.

“We loved the music and the atmosphere and listening to Will again,” said Nic, an apprentice carpenter. “He was very inspirational; I’d listen to him all the time if I could.”

So what has changed since then?

“My moods have changed; I’m a lot more positive and I try to look at the bright side, even when things are hard. Plus, I pray through the day. Sometimes I’m doing something at work and ask God, ‘How would You do this?’”

Coming to Christ has also improved their marriage.

“Early on, I struggled a lot because I knew Nic’s faith was only what I pushed on him,” said Tori. “Now there’s a freedom that when challenging things come up, we seek the same comfort and answers from the same place and we can do that together.”

For Paul, it helped make the challenge of running his business and volunteering with the Celebration worth the extra work—even as he reminds himself about a bigger picture.

“When I think back to when I wondered What have I got myself into? I need to remember there were many souls who made faith commitments at the Celebration and they mean every bit as much to God as my son-in-law.”