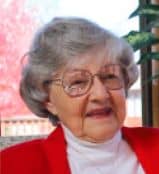 Anita Dittman (pictured left) walked onto the stage, her little-girl eyes wide as she looked at the crowd. She slowly extended her arms as the music began, then she twirled around and around, her ballet slippers gliding smoothly across the floor.

She bent her knees in a slight bow to the audience, then ran backstage, into the embrace of the teacher she adored.

“Anita!” the teacher exclaimed. “You did so well!”

That night, Anita slept with her ballet slippers under her pillow and dreamed of becoming a prima ballerina. But the next morning, her hopes were dashed when her mother read her the review of her dance performance from the morning newspaper.

“The dance was superbly performed by young Anita Dittman, far above her age level. Unfortunately, the German people are no longer willing to be entertained by a Jew.”

Anita’s little body wracked with tears. If only they could go back to the way things used to be—before her father left, before she and the other Jewish children in her neighborhood felt threatened and the non-Jewish children would still play with them.

“Anita,” her mom said softly. “I know this is hard for you, but I want to tell you that it is not going to get any better.”

Adolph Hitler was marching to power and spreading his hatred of the Jews throughout Germany. Already, Anita and her older sister, Hella, had become familiar with such terms as anti-Semitism and concentration camps.

Every day, they could hear Hitler screaming his propaganda on their underground radio. Soon they would see his brass band marching down the streets, followed by men, women and children in uniform waving Nazi flags.

Time and again, Anita and her friends watched from their windows as the Gestapo police wagon pulled into their apartment complex and took Jewish families away.

“Two men in heavy boots would get out of the wagon and then later we would see them pulling Jewish men by their hair or their beards back to the wagon,” she says.

Anita could only ask Jesus to help her. He was her new Forever Friend, ever since that Easter Sunday not long after her dance solo, when she had gone to church with a friend and accepted Him as her Lord and Savior.

With His help she made it through the daily jeers and even beatings from the Aryan boys in the neighborhood, who would overtake her on her way home from elementary school. She stood strong on the day she was told she had to leave school permanently due to her Jewish heritage; and on the day she was drafted into hard labor at a canning factory, the same factory where her mother had been laboring.

On a summer morning in June 1944, Anita saw the Gestapo wagon pull up to their apartment complex, this time stopping right outside their window.

“These two men marched in. They grabbed my mother by the collar, pushed her back into the room, sat her down and gave her a form to fill out … You have three minutes to pack one bag. We will label your furniture, for it now belongs to the state.”

In the bathroom, Anita fell to her knees on the floor, crying. “I poured out my heart to Jesus,” she told Jan Markell in Trapped in Hitler’s Hell, which chronicles Anita’s Holocaust experience. “I desperately needed that inexplicable peace that I’d experienced before.”

“I was so thankful my mother had also met Christ,” she told Decision. “I knew that whatever happened, we would see each other again.”

The men allowed Anita to accompany her mom to the local synagogue, which served as a holding place for Jews until they were moved to their final destination.

“Mother and I couldn’t speak as we went through Breslau. We kept our thoughts to ourselves and prayed that God would bring this bad dream to a swift end. Mother’s grip on my hand told me not to be afraid. But I was only 16, and now I would be utterly alone in Hitler’s hell.”

Anita returned to the lonely apartment and continued her work at the factory. Her sister had fled to England months prior. One day, Anita arrived home to find a summons on her door. She was to report to the railroad station the next morning at 10 o’clock, bringing only one small piece of baggage.

“Oh, dear Jesus,” she whispered, burying her face in the pillow of her bed. “I believe you can give me the strength to go through this ordeal. You are always testing my faith.”

The next morning, she stood in line with about 300 others, many of whom she knew, and some she even recognized as Christians. They were herded onto a train by screaming SS men and taken to a work camp about two hours away.

For weeks, they dug ditches in the scorching heat, as a trap for Russian tanks. Then they were moved, in the dead of winter, to a forest where they were forced to cut down trees in the snow and ice.

God allowed many tests to come her way—the SS guards, who seemed to signal her out for no apparent reason; the nurse at a Nazi-run hospital, who tried to poison her; and a group of soldiers, who threatened to attack her. But she held onto her faith, telling everyone she could about Christ and even studying the Bible with a few women at the end of their long days of labor.

“It was so comforting to know that God was in control of me and my mother, and of Germany,” she says.

Finally, in 1945, they heard the news that Hitler had taken his own life, and Germany would surrender to allied forces. God had kept her! She only prayed that He had kept her mother. She knew Hilde Dittman had been taken to Theresienstadt, a concentration camp in Czechoslovakia. They had been able to communicate until Anita departed for the work camp.

Anita traveled part way by train and the rest by foot to Czechoslovakia. When she finally reached the camp, she was told that her mother was alive! When at last she saw her, at the top of a stairwell, she fell sobbing into her mother’s arms. “I was so thankful to God for keeping my mother safe,” she says now.

The two women sailed to the United States about seven months later, along with about 900 other homeless Jews. Anita eventually enrolled in college, was married and had a son. In 1977, she reaffirmed her faith in Christ during a Billy Graham broadcast, and she has been sharing the story of God’s goodness and faithfulness ever since.

“The Lord is still giving me enough strength, in spite of a lot of physical problems, to go out and witness for Him,” she says, from her Minnesota home. “He has been so good to me.”

And at 88, she still cannot get through her story without tears. “I always cry when I tell my story, and the tears are not because of the Holocaust, but because of God’s goodness.” D 2015 BGEA

Has the Billy Graham Evangelistic Association made an impact on your life?
Click here to share your story.