The past century or so has witnessed some of the most remarkable archaeological discoveries of the Christian era. No single discipline has contributed as much as archaeology to the interpretation and delight of reading the Bible. 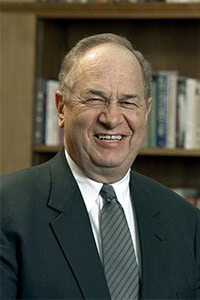 However, the discipline has had its embarrassing moments as well. For example, in 1929 Sir Leonard Wooley declared while excavating in Mesopotamia, “I have found the flood!” Unfortunately for him and for the discipline of archaeology, there were embarrassed faces when other layers of flood sediment turned up at various strata throughout the area. Others have claimed to have found the location of the garden of Eden, the ark of the covenant and the like, but such claims must not be confused with real and legitimate discoveries throughout the ancient Near East.

The real role of archaeology is not to “prove” the Bible, for that kind of “proof” is available only in certain deductive sciences such as mathematics and logic. On the contrary, the role of archaeology is: (1) to supply cultural, epigraphic and artifactual materials that provide the background for accurately interpreting the Bible, (2) to anchor the events of the Biblical text in the history and geography of the times, and (3) to build confidence in the revelation of God where the truths of Scripture impinge on historical events.

Over the last century or so, archaeology has strengthened the case for Biblical reliability. Missing individuals, peoples, places; and obscure customs, historical and political settings have been helpfully identified.

It had been fashionable in some circles for many years to ridicule Isaiah 20:1 for its allusion to “Sargon king of Assyria.” Excavations of Nineveh had seemingly revealed all the kings of Assyria, but no Sargon. However, in 1843, Paul Emile Botta found a virgin site northeast of Nineveh, later excavated by the University of Chicago with details published in the 1930s. Sargon had built his own capital there in 717 B.C. His son, however, moved the capital back to Nineveh, so the site was lost as was Sargon’s name. Now Sargon is one of the best-known Assyrian monarchs.

Likewise, the Bible contended that King Belshazzar was the final ruler of Babylon (Daniel 5:1, 30), but until A.D. 1929 the extra-Biblical evidence pointed to Nabonidus as king at the fall of Babylon in 539 B.C. This apparent conflict was solved when documents were discovered revealing that Nabonidus spent his time in Arabia, leaving the affairs of the kingdom to his eldest son Belshazzar, who reigned as co-regent for a decade or so.

Discoveries of other Biblical names have confirmed Biblical reliability, including King Jehoiachin’s presence in Babylon, Sanballat as governor of Samaria along with some of Nehemiah’s adversaries such as Tobiah the Ammonite, and Geshem the Arab (Nehemiah 2:19).

Until Hugo Winckler discovered the Hittite Empire in 1906, many unbelievers doubted the Bible’s insistence that the Hittites were part of the land of Canaan (Genesis 10:15; Joshua 1:4). Now they are so well documented that a score of volumes has been necessary to build a Hittite dictionary based on the tablets left in their civilization.

“The Dead Sea Scrolls, found in 1948 in caves at Qumran, near the northwest end of the Dead Sea, gave us some 800 manuscripts of every book (in part or the whole) of the OT except for Esther. … These Hebrew texts illustrate that a thousand years of copying had provided us with an amazingly pure text, with one of the best examples being the Book of Isaiah, where only three words had slight modifications.”

Another mystery group were the Horites, descendants of Esau from Edom (Genesis 36:20; Deuteronomy 2:12,22). But in 1995 Giorgio Buccellati discovered the Horite capital city beneath the modern Syrian city of Tell Mozan.

First Kings 9:28 claimed King Solomon brought back 16 tons of gold from Ophir. But where was Ophir, and did it really exist? In 1956 at Tell Qasile in Israel, broken pottery was found with an inscription referring to a shipment of “gold of Ophir for Beth-Horon, thirty shekels.” Thus, Ophir was confirmed as known in the world of commerce with its trade in gold. Ophir is identified today as a port some 60 miles north of Bombay.

Discovered by Grenfell in Egypt in 1920, the “John Rylands Papyrus” yielded the oldest known fragment of a New Testament manuscript. This small scrap from John’s Gospel (John 18:31-33,37-38) was dated by papyrologists to 125 A.D., but since it was so far south into Egypt, it successfully put an end to the then-popular attempt to late-date John’s Gospel to the second century rather than to the traditional first century date of A.D. 85-90.

The Dead Sea Scrolls, found in 1948 in caves at Qumran, near the northwest end of the Dead Sea, gave us some 800 manuscripts of every book (in part or the whole) of the OT except for Esther. Prior to that, the earliest Hebrew texts dated to around A.D. 1000, but the scrolls at Qumran are generally more than one thousand years older! These Hebrew texts illustrate that a thousand years of copying had provided us with an amazingly pure text, with one of the best examples being the Book of Isaiah, where only three words had slight modifications.

In 1990, a bone chest was discovered accidentally during work in Jerusalem’s Peace Forest. This “Caiaphas Ossuary” belonged to the high priest from A.D. 18-36 (see his cynical words in John 11:49-53). The inscription, found in two places, read: “Caiaphas” and “Joseph, son of Caiaphas.” First-century Jewish historian Josephus provided the full name, “Joseph, who is called Caiaphas of the high priesthood.”

Archaeology, then, has illuminated and corroborated the Bible in numerous ways. The interpreter finds in archaeology a good friend for understanding and substantiating Scripture.