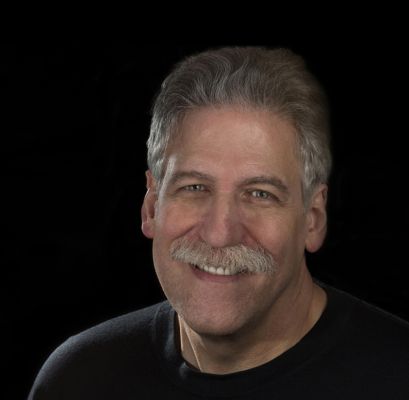 It is not because the people of Israel are perfect people.

Far from it. The Jewish people (of whom I am one) are just like everyone else, with all the strengths and weaknesses of sinful humanity.

But the people of Israel have been called by God and raised up by God to fulfill a unique purpose in the earth, to be a visible demonstration of the invisible God, and in that regard, they are fulfilling that purpose to this very hour.

Michael Brown is a Christian Jewish author, radio host,
speaker and theologian based in Concord, N.C.

1) ISRAEL’S EXISTENCE IS A TESTIMONY TO THE FAITHFULNESS OF GOD.

More than 2,500 years ago, God said through the prophet Jeremiah, “Thus says the Lord, who gives the sun for light by day and the fixed order of the moon and the stars for light by night, who stirs up the sea so that its waves roar—the Lord of hosts is his name: ‘If this fixed order departs from before me, declares the Lord, then shall the offspring of Israel cease from being a nation before me forever.’ Thus says the Lord: ‘If the heavens above can be measured, and the foundations of the earth below can be explored, then I will cast off all the offspring of Israel for all that they have done, declares the Lord’” (Jeremiah 31:35-37).

The Jewish people continue to exist because the Lord promised it, regardless of His people’s disobedience and sin.

And so, despite divine discipline, satanic attack, the hatred of the nations and all kinds of unimaginable sufferings and dispersions, the Jewish people remain as a distinct people on the earth. This is a testimony to God’s keeping power and a testament to His faithfulness. He is a God who keeps His promises.

2) THE MODERN STATE OF ISRAEL ONLY EXISTS BECAUSE GOD ORDERED THE REGATHERING OF THE JEWISH PEOPLE TO THE LAND.

How does that relate to the modern State of Israel?

The Scriptures teach that God scattered the Jewish people in His anger and judgment, and banishing Israel from the Land was one of His most severe judgments (see, for example, Deuteronomy 4:26-27).

That means that the Jewish people cannot regather themselves. If they could, then they could overthrow the judgment of God, undoing what He had done.

Since that is impossible, and since the Lord promised to regather the lost sheep of the House of Israel from around the world, even in their unbelief (see Ezekiel 36:16-32), we must recognize the modern regathering of the Jewish people back to the Land as an act of God.

This becomes all the more clear when we remember that the nation of Israel was rebirthed in 1948 out of the ashes of the Holocaust, when talk of a modern State of Israel would have sounded completely impossible.

But nothing is impossible with our God!

This does not mean that everything that Israel does today is right; it simply means that it is God who regathered His people and reestablished them in their ancient homeland (Jeremiah 31:10).

3) THE WORLD’S HATRED OF THE JEWISH PEOPLE, OF THE STATE OF ISRAEL, AND OF A JEWISH JERUSALEM IS A SUPERNATURAL HATRED.

It is truly incomprehensible that so many people could believe such outlandish lies about the nation of Israel and the Jewish people, unless it is Satan himself who is fanning the flames of Jew-hatred.

And this hatred is focused in particular on the city of Jerusalem, the only national capital among the nations that is not recognized by the rest of the nations.

Is it any surprise, then, that at the end of the age, the Lord will “make Jerusalem a cup of staggering to all the surrounding peoples … a heavy stone for all the peoples” (Zechariah 12:2-3)?

At that time, He will fight for His people and bring them to deliverance and repentance.

4) JESUS WILL NOT RETURN TO EARTH UNTIL A JEWISH JERUSALEM WELCOMES HIM BACK.

Shortly before His crucifixion, Jesus predicted the destruction of Jerusalem and the scattering of the Jewish people, saying, “Jerusalem will be trampled underfoot by the Gentiles, until the times of the Gentiles are fulfilled” (Luke 21:24).

Note carefully that word until.

It meant that the day would come when Jerusalem was no longer trampled underfoot by the Gentiles, which I believe means that the recapture of the old city of Jerusalem during the Six Day War of 1967 is of tremendous historical and prophetic significance.

Of course, many have made all kinds of date-setting errors, as if we could determine the time of the Lord’s coming through these events. But this much seems clear: Jesus is coming back to a Jewish Jerusalem.

We learn this from Matthew 23:37-39, where Jesus, after pronouncing woes on the hypocritical leaders and on the city of Jerusalem, declared that the city would not see Him again until the Jewish leadership said, “Blessed is he who comes in the name of the Lord,” meaning, “We welcome you as our Messiah!”

This is similar to what Peter spoke in Jerusalem in Acts 3:12-21, where I believe he made clear that Jewish repentance would precede the Messiah’s return.

In short, only the people of Judah can welcome back the King of Judah—the greater David—to the City of David.

That’s why intercession for Israel’s salvation and preservation should be high on the priority list of every believer. It’s another way of praying, “Your kingdom come, Your will be done, on earth as it is heaven.” D 2015 MICHAEL BROWN

Michael Brown is a Christian Jewish author, radio host, speaker and theologian based in Concord, N.C. He hosts the nationally syndicated talk show The Line of Fire and has written 25 books, including Our Hands Are Stained With Blood: The Tragic Story of the “Church” and the Jewish People.