In February 1969, Billy Graham was put to work while attempting to take a rare vacation. And he seemed to get a kick out of it.

Ten years earlier, he had spent more than three months in Australia, preaching in every major city. It’s estimated that half the country’s population heard the Gospel by attending a Crusade or listening to one on the radio or television.

God was at work all across the nation, and Mr. Graham was deeply grateful. But, as he wrote in his autobiography, Just As I Am, he missed his wife and children terribly. With a newborn son and four other children to take care of, it was impossible for Ruth Graham to join her husband on the other side of the world.

A decade later, when the ministry accepted another invitation to preach in Australia, as well as New Zealand, Mr. Graham decided to spend some time with his wife beforehand. The couple and a few of their friends stopped in Fiji to rest up and prepare for the upcoming Crusades, but their plans changed when they visited a small church one Sunday morning.

A 1969 article from a South Pacific newspaper begins, “World famous evangelist Billy Graham’s vacation in Fiji recently turned out to be a busman’s holiday.” 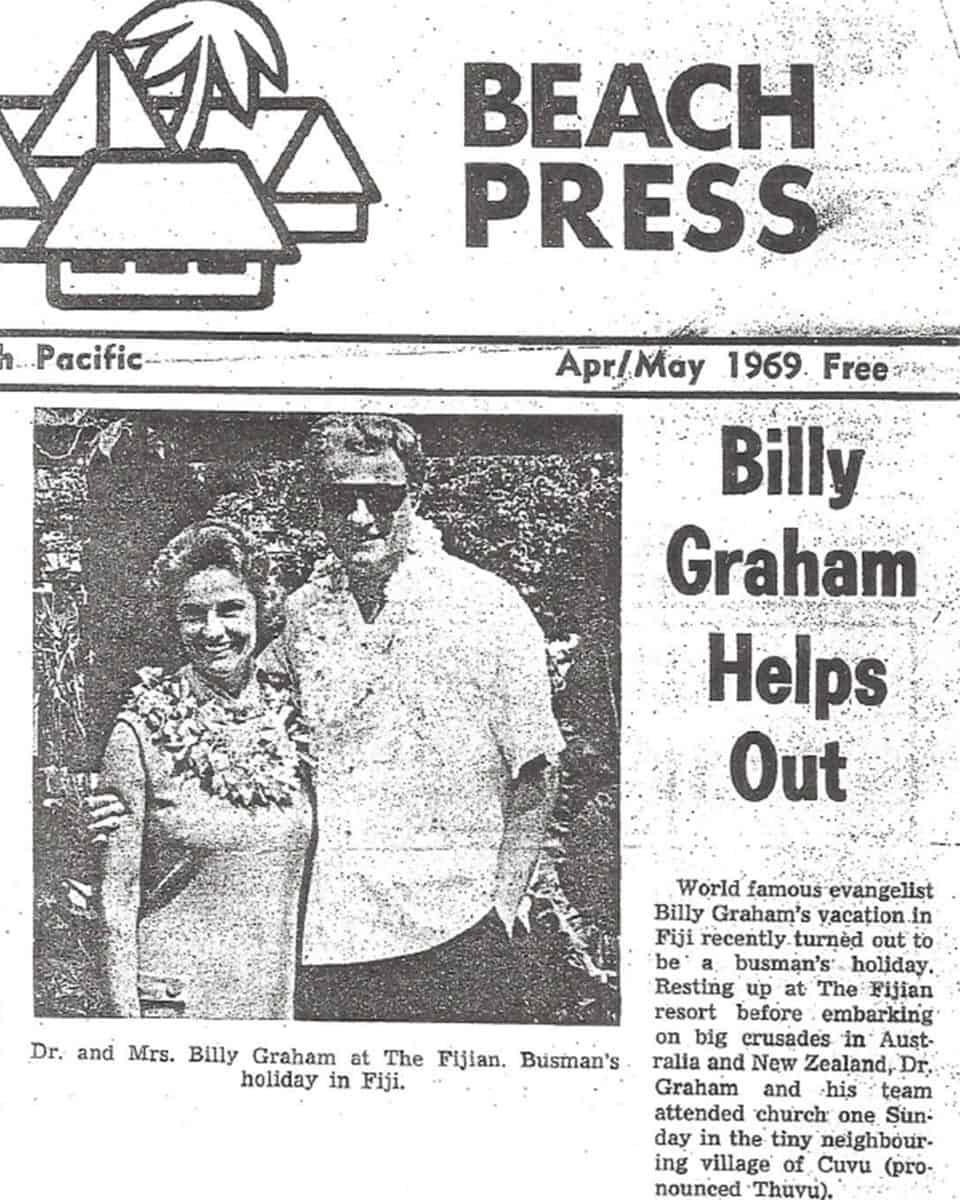 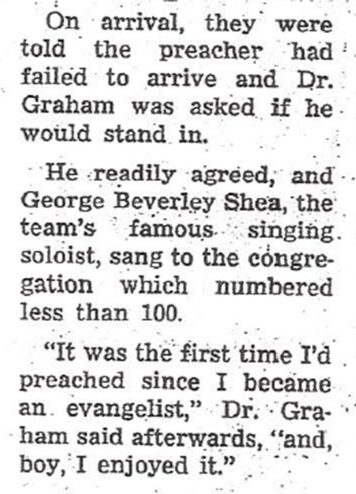 It goes on to explain that Mr. Graham was staying at a hotel on the main island of Viti Levu when they went to the tiny town of Cuvu to worship at a church there.

“On arrival, they were told the preacher had failed to arrive and Dr. Graham was asked if he would stand in,” the Beach Press reported.

He agreed, and the congregation of less than 100 got an added bonus—BGEA’s longtime soloist, George Beverly Shea, was also in attendance and lent his voice to the church service that morning.

The newspaper article quoted Mr. Graham as saying he hadn’t preached a Sunday morning sermon since he answered God’s call to full-time evangelism in the 1940s.

“‘It was the first time I’d preached since I became an evangelist,’ Dr. Graham said afterwards, ‘and, boy, I enjoyed it.’” 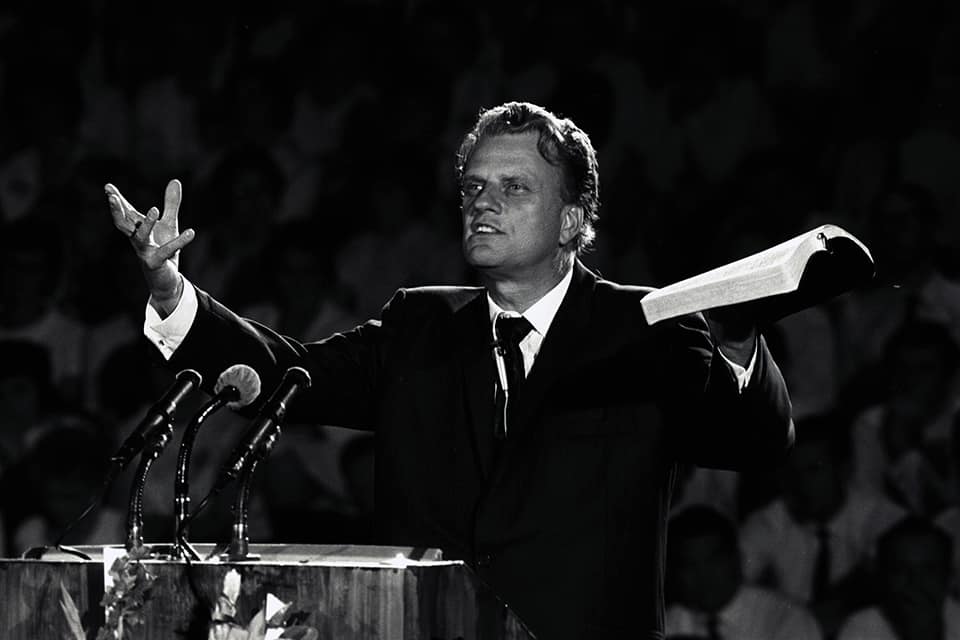