Twenty-nine-year-old Mike Welch had it all.

He was a successful salesperson with Lipton Foods, he had a good marriage to Linda, and the farm he and his brother bought was doing well.

One Sunday as he was lying on his couch at home, he began to ponder: There has to be more to life than just making money. I have 50 more years to live, and what am I living it for?

That thought was the mustard seed that God would grow, over time, into an extraordinary change in Mike’s life.

Mike already knew about Jesus. He was raised in the Anglican Church and his father, Douglas, was a minister. But when he was between the ages of 15 and 18, both of his parents died of cancer. And that pushed him away from a life of faith.

“I don’t know if it was from grief,” he says. “It was simply bewilderment with the whole faith thing. By 15, I was partying pretty good and away from the church. It was just trying to find something. I guess I was trying to bury the hurt.”

Alcohol became a big part of Mike’s life, until he cleaned up his act in his mid-twenties. Mike attended university in Guelph, settled into a career as a salesperson in Toronto, and married Linda—an evangelical Christian.

They rarely discussed faith, because the 1980s scandals involving several TV evangelists left Mike disgusted with born-again Christianity. But he and Linda did attend a non-evangelical church, simply because his Anglican upbringing told him that was something he was supposed to do.

Then, God began to break down Mike’s resistance to Christ. First, there were those unsettling thoughts on the couch that Sunday. Next, Linda convinced him to watch a Billy Graham telecast on television. Beginning in 1989, a series of Crusades were being broadcast in southern Ontario.

“We ended up watching 16 Crusades between August and November,” Mike remembers. “Billy touched on every subject that is relevant to humanity, and ended every service with an invitation.” 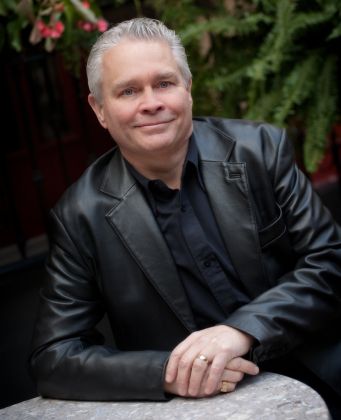 It was during the last night of the broadcast series that it dawned on Mike: When those invitations happened, Billy always told his audiences that they must be born again.

Finally understanding what “born again” really means, Mike silently spoke the salvation prayer. “And, literally, the next morning, everything had changed. I woke up and knew all my answers were in the Bible.”

After revealing to his ecstatic wife what had happened, they immediately requested follow-up materials from the Billy Graham Evangelistic Association and began reading the Bible together.

Success didn’t fill the hole in Mike Welch’s life. But
Jesus Christ did. Welch, now a pastor in Ottawa,
gave his life to Christ after watching Billy Graham
televised Crusades.

Within a year, Mike and Linda started hosting prayer meetings and leading Bible studies at Junction Family Restaurant, which the Welches owned and operated in the southern Ontario town of Dundalk.

It was a busy time for Mike; he was helping Linda operate the restaurant while still selling for Lipton Foods and helping raise their only child, Melissa. Meanwhile, he had helped start a chapter of Full Gospel Businessmen’s Association in Dundalk and other Christian groups were inviting him to give his testimony.

Mike finally quit his sales job to run the restaurant with Linda. But that wasn’t where God ultimately wanted them. By 1993, the couple felt the Lord asking them to enter into full-time ministry. So they sold the restaurant and went to World Impact Bible Institute in southern Ontario.

After graduating in 1996, they planted a church in Guelph. Less than three years later, again following God’s leading, they moved to Ottawa to oversee what is now Capital City Church. Both serve as lead pastors and Melissa, now 27 and married, is a part-time associate pastor.

There have been many challenges along the way. One that sticks out in Mike’s mind is a life-threatening bout of pneumonia four years ago.

“I was in the hospital emergency room for 10 hours, and it didn’t look like I was going to make it,” he says. “The pneumonia was attacking my entire body; my heart raced for 10 hours and I was coming in and out of consciousness.”

As prayer teams from Capital City filled the waiting area, Mike asked Linda, standing by his bed, to make a special plea to God for his healing. His condition improved, the crisis passed, and he was soon out of hospital.

“The doctor told me ‘God answered your prayer’,” Mike says. In fact, doctors were amazed that the crisis failed to damage his heart. “They kept checking because they were sure I’d had a heart attack, but I didn’t. My heart stayed perfectly healthy and they said that’s impossible. I believe it’s a miracle of God.”

Indeed, Mike goes on to say: “If I hadn’t known Jesus, chances are I wouldn’t be here today.”

Count Fred Bennett among the people who are fervently glad for Mike’s survival. A Christian marriage seminar leader, Fred has known the Welches for several years and says Mike “is who he presents himself to be. He also has a very strong evangelistic heart, with a lot of outreach in his community.

Mike, now 58, continues to encourage Christians to be students of the Word, just like Billy Graham encouraged him long ago. He also supports current BGEA events such as Rock the River, a two-day outreach in Ottawa-Gatineau in 2012.

“Franklin Graham’s message is so clear; he speaks the Word of God and the Holy Spirit reaches out to people. That’s why I believe BGEA of Canada has been blessed.” 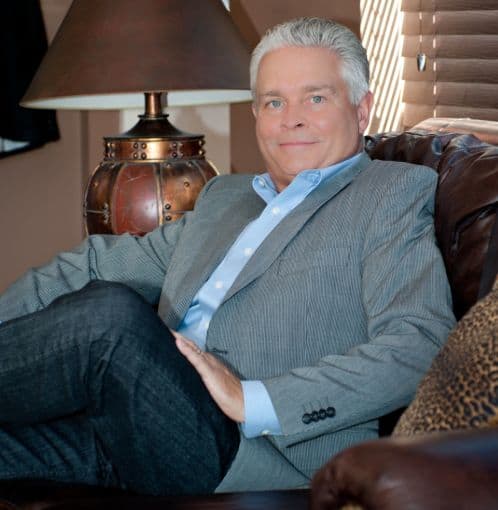 Mike now encourages Christians to be students of the Word.

More than 15,000 people attended Rock the River, with almost 800 committing their lives to Christ at the outdoor concerts and at earlier training and discipleship events. Mike headed up the counseling team.

“What I love is that the Word of God and the one way to salvation through Jesus Christ are things the Billy Graham Association has never deviated from,” Mike says. D 2015 BGEA