“It’s strange, but somehow I feel guilty that my granddaughter is alive, when so many other children died. But God knows why everything happened this way,” shared Pastor José René Martínez.

Like Pastor Martínez, most Uvaldians are struggling to make sense of the horrific tragedy that took place on May 24 when an 18-year-old walked into an elementary school in this quiet Texan town and killed 19 fourth-graders and two teachers.

In this small town of just over 15,000 people, the shocking news has affected everyone, and crisis-trained chaplains from the U.S. Billy Graham Rapid Response Team (BG-RRT) are there to offer spiritual and emotional support for the community.

Ten-year-old Angela is a fourth-grade student at Robb Elementary School in Uvalde. On the morning of May 24, she received a diploma for her good grades, but her grandfather, Pastor Martínez, wasn’t able to make it to the school on time to be at the ceremony.

He arrived there later, and the teacher suggested: “You can go ahead and take her home if you’d like to.”

“I hesitated,” shared Pastor Martínez. “But then I thought, ‘I can make it up to her by taking her for ice cream or something.’ So, I took her with me. I believe the shooting started 10 minutes later.” 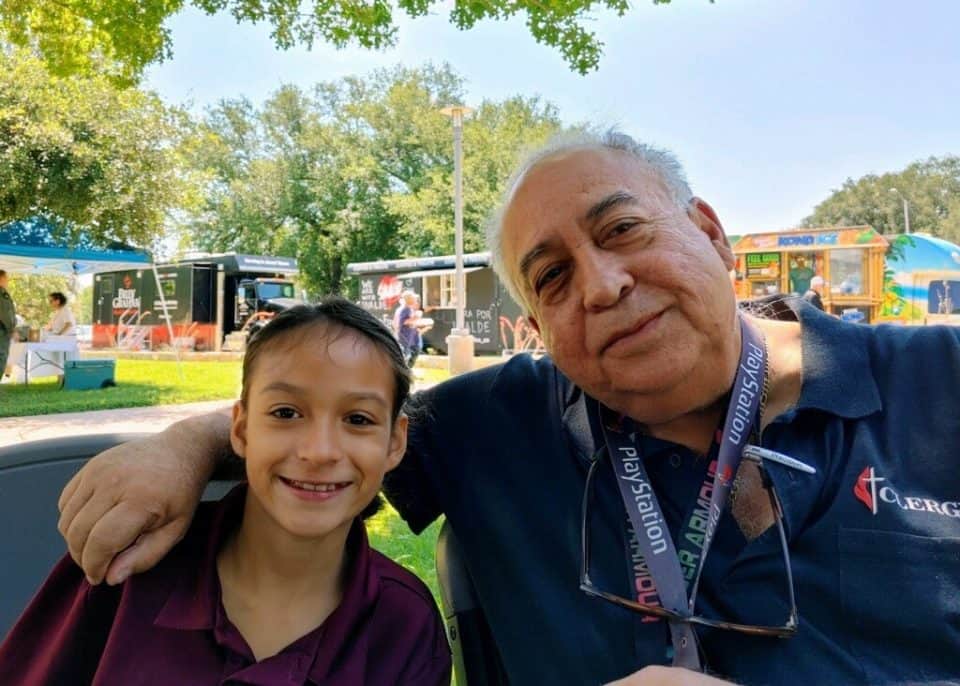 “I still can’t believe that man entered my school and shot at all those kids,” shared little Angela. “Now my best friend Eliahana is dead. Many of my friends are. But God saved me and that’s why I wasn’t at the school at the time of the shooting.”

They are not the only ones to see the hand of God moving in Uvalde even in the midst of this tragedy.

Surrounded by the Holy Spirit

Bilingual chaplain Jose Mena lives in San Antonio and drove to Uvalde as soon as he could. “I knew they needed someone bilingual here and I just wanted to be here for the people,” he shared.

Outside the Civic Center, he had the chance to talk to Benito, a young father who had brought his nephew for counseling. Their conversation went back and forth from English to Spanish.

“He told me that he wanted to have a relationship with God, but that in the past he had a lot of hatred towards the church. …

“I pointed him to the Bible and I shared the Gospel with him. And I told him that the Bible says that you need to believe that Jesus is the Son of God and that He died for your sins to be your Savior. So I asked him: Do you believe that?

“‘Yes,’ he answered. And he said, ‘Thank you, man, I really needed to hear this. You’re encouraging me to join a church. I’d like to visit your church.’”

Mena was blessed by the conversation as well.

“I believe that when you come around somebody with the compassion that comes from God, the Holy Spirit surrounds us while we are there, and somehow that compassion invades their heart. I could sense God moving in him.”

Gladys Castillón has also seen God moving powerfully in the midst of this tragedy.

Castillón has been doing Christian ministry with women in Uvalde for over two years. Her 10-year-old daughter and her class were playing outside when they heard the sound of shooting.

“The teachers just shouted, ‘Run into any classroom and get down to the floor. Everybody to the floor!’” shared Castillón. “And they told them to be silent and turned off the lights.

“My daughter has a very strong faith, so she asked her teacher if she could pray. The teacher said ‘yes,’ so she held the hand of her friend and started to pray.

“She told me that she could hear the laugh of ‘that man’ that resonated loudly in the school, she said. But she also said, ‘But mama, when I prayed, I felt God protecting me. I felt God with me. Mama, God feels like fire!’ 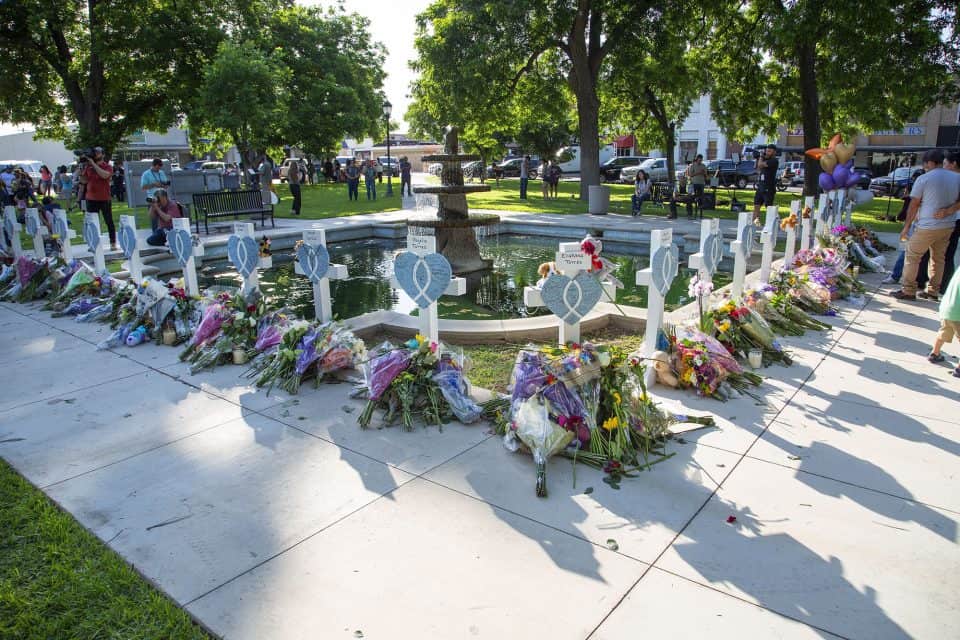 “God is good, and God is faithful, and I’ve seen Him at work here in Uvalde,” Castillón said. “But there is a lot of darkness in our town and we have to overpower it with the power of God that is in us! This young man, the shooter, was my neighbor and I didn’t know it! We know our calling as Christians and we can’t resist it. We need to do the work of God and reach out to the people around us. We can’t let young people just be abandoned and get lost this way. See how far they can go!”

A group of parents of fourth-graders were gathered together outside the Civic Center, where several nonprofits were giving the children gifts, providing free meals for the community and offering free counseling for anyone affected by the shooting.

“My son has been friends with many of the children who lost their lives on Tuesday,” said Nancy Martínez. “They have been together in school since kindergarten. His lifetime best friend was José Flores. My son’s name is José as well, and they used to say they were ‘twins.’”

Nancy couldn’t hold her tears. Her son now attends a bilingual school in the same town of Uvalde.

“My son is really struggling. I just can’t stop thinking that if I would have left him in that school, I don’t know what would have happened.”

“People in Uvalde and in the whole world need to hear that the enemy is doing exactly what Jesus said he would do: steal, kill and destroy,” shared Chaplain Mena.

“And they also need to hear that there is a God who loves them, who sees their tears and feels their pain, and who has sent His Son to die for us so that we don’t have to live in this valley of death forever.”