It’s hard to talk about the inland town of Kalgoorlie-Boulder without mentioning one of the world’s most valuable metals.

Located in the Goldfields area of Western Australia’s Golden Outback region, the city started flourishing in the 1890s after gold was discovered deep in its dusty, red terrain.

To this day, Kalgoorlie’s economy is driven primarily by mining and many still flock to the town to try their luck at gold prospecting.

But as Will Graham prepares to share the Gospel there May 18-20, Western Australia’s Christians are hoping the region will be known for a different type of richness.

“This is about spiritual wealth; pointing people to eternal wealth and hope instead of chasing after natural wealth,” explained David Ingram.

Ingram serves as the director for the Goldfields, Western Australia, Celebration with Will Graham. The three-day event will be held at Centennial Park—a popular outdoor venue—and feature music from The Afters, The Brownley Gospel Singers, Steve Grace and others.

Will Graham will preach a message of hope each night and give people the opportunity to accept Christ.

Kalgoorlie has a population of only about 40,000 people, with most visitors taking a “fly in, fly out” approach to see the Super Pit and other landmarks in the area for a few days and then leave, Ingram explained.

Still, local churches have been very united ahead of the Celebration and are hoping the event will draw much attention as a break from the norm.

>> Keep scrolling to see how you can pray for the Celebration.

There have been upwards of 450 attendees at training events ahead of the Celebration to prepare people to share their faith with the lost. More than 400 volunteers have signed up to participate in the event.

“We’ve got a really strong percentage of people wanting to roll up their sleeves and get involved,” Ingram said. “They caught that vision and had the vision even before [the Celebration] was planned.”

One group that’s really stuck out in Ingram’s mind are the youth pastors involved. Although they all work full-time in the mines, they also fill roles leading youth ministry.

“From day one, they’ve really shown how they want to see this impact youth,” Ingram said.

With that in mind, a youth-focused event called “Shake the Shell” will be held before the Celebration with motocross, archery and music. Organizers hope this will draw many young people to stay for Will’s message on opening night.

The Celebration will also include a KidzCelebration for little ones and an Outback Sing-Along aimed at reaching Kalgoorlie’s Aboriginal communities on Saturday.

Later, Franklin Graham returned to the Land Down Under for evangelistic events in Brisbane, Cairns, Townsville and Sydney (1996); Adelaide and Perth (1998); and Melbourne (2005).

Will has also preached a few times in Australia holding smaller events in Gunnedah, Moree and Tamworth (2010); Orange, Bathurst and Lithgow (2012); and Broken Hill (2014).

He last visited Alice Springs in 2016, where more than 800 people responded to the invitation to accept Christ.

The Power of Prayer

Planning for the Goldfields Celebration started last October with the BGEA offices in Australia and Canada partnering to come alongside churches in the Kalgoorlie-Boulder area. But even before that, local Christians were praying for something like this.

“There was lots of prayer going into this even before Will accepted the invitation to preach,” Ingram said. “People have been praying [corporately] twice monthly.”

When the event countdown reached the 30-day mark, the local prayer team also started a 12-hour prayer chain for the Will Graham Celebration.

“They’re very excited about this and realize the importance of the foundation of prayer, just as Mr. Graham, Franklin Graham and Will Graham have,” Ingram said.

With this year marking the 125th anniversary of gold discovery that sparked the Kalgoorlie-Boulder gold rush, the area is already in the forefront of people’s minds.

As final preparation comes to a close, you can join in praying the increased popularity will spill over into attendance at the Will Graham Celebration.

How you can pray for the Goldfields Celebration: 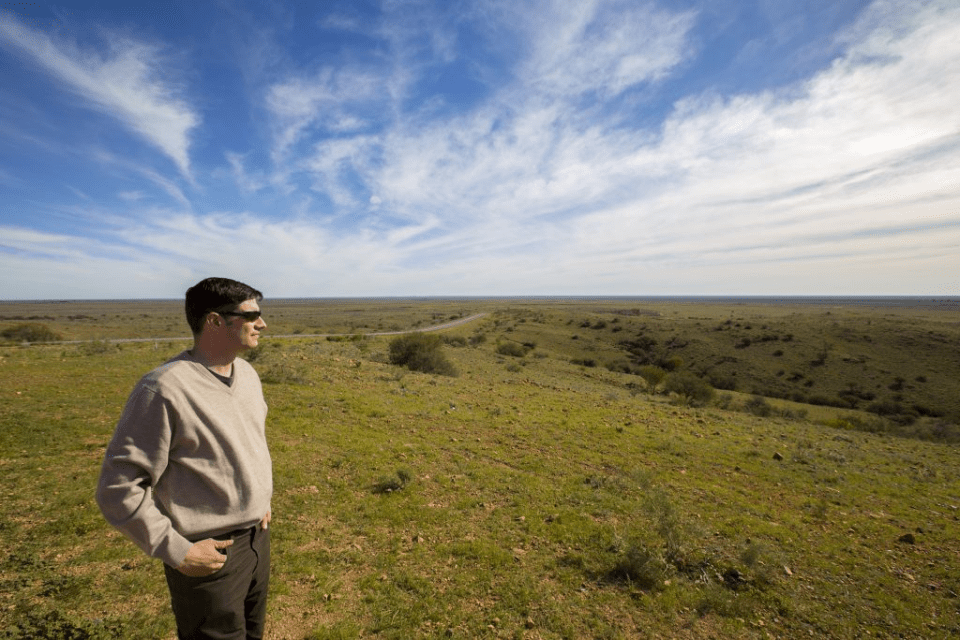