“[The Bible] became a sword in my hand to break open the hearts of men, to direct them to the Lord Jesus Christ.”
—Billy Graham

If you’ve ever heard Billy Graham preach, you’ve probably heard these words. And more than likely there was an open Bible nearby.

The evangelist, who based his 70-plus-year ministry on God’s Word, passed away on Feb. 21.

It’s fitting, then, that his story—God’s story—is now included in an exhibit at the Museum of the Bible in Washington, D.C.

Through Jan. 27, 2019, the museum is featuring Pilgrim Preacher: Billy Graham, the Bible, and the Challenges of the Modern World. The multimedia exhibit includes rare artifacts, never-before-seen photos and video footage. Visitors will see how the ministry of “America’s Pastor” influenced religion, society and politics.

“For the word of God is living and active, sharper than any two-edged sword, piercing to the division of soul and of spirit, of joints and of marrow, and discerning the thoughts and intentions of the heart.” —Hebrews 4:12, ESV

“One of the most prominent voices for the past century is Billy Graham,” said Anthony Schmidt, associate curator at the Museum of the Bible. “He influenced millions of people around the globe and helped shape the American religious landscape after World War II.”

“This exhibit is a great opportunity to bring Billy Graham’s story to the nation’s Capitol so that many different people from so many different backgrounds will be able to see it and learn about his life.”

Who Was Billy Graham?

Pilgrim Preacher: Billy Graham, the Bible, and the Challenges of the Modern World focuses heavily on Billy Graham’s early ministry.

Intentionally, according to Schmidt.

“People in their 30s and younger may know who he is, but they remember him in the later stages of his ministry, if they know him at all.”

“We feel like this is an opportunity to introduce them to this dynamic preacher that really burst onto the national scene, kind of out of nowhere, in 1949 after World War II.”

For the older audience, this younger Billy Graham era may prove nostalgic, plus they’ll see reminders of his later years, including a photo of his final pulpit.

“There are some amazing images,” said Schmidt. “Some that have never been seen before from his photographer, Russ Busby.”

Though one of the most technologically advanced museums in the world, there are 3,500 years of history within its walls.

Noteworthy are the oldest papyrus fragments of the Gospel of John, as well as pages from the Gutenberg Bible—the first Bible ever printed.

The stories of Noah’s ark, the burning bush and the Passover jump off the page throughout the 30-minute Hebrew Bible Experience. It’s lessons from stories like these that Billy Graham spent his life teaching and helping people apply to their lives.

“In terms of the Bible’s impact and it’s history, Graham is a major figure,” said Schmidt.

“He helped shape the way people today think about and use the Bible, and really how they encounter the Bible.”

The Bible is filled with the hope of Jesus Christ. What is this hope?

Throughout his life, Billy Graham preached the Gospel of Jesus Christ to some 215 million people who attended one of his more than 400 Crusades, simulcasts and evangelistic rallies in more than 185 countries and territories. He reached millions more through TV, video, film, the internet and 34 books. 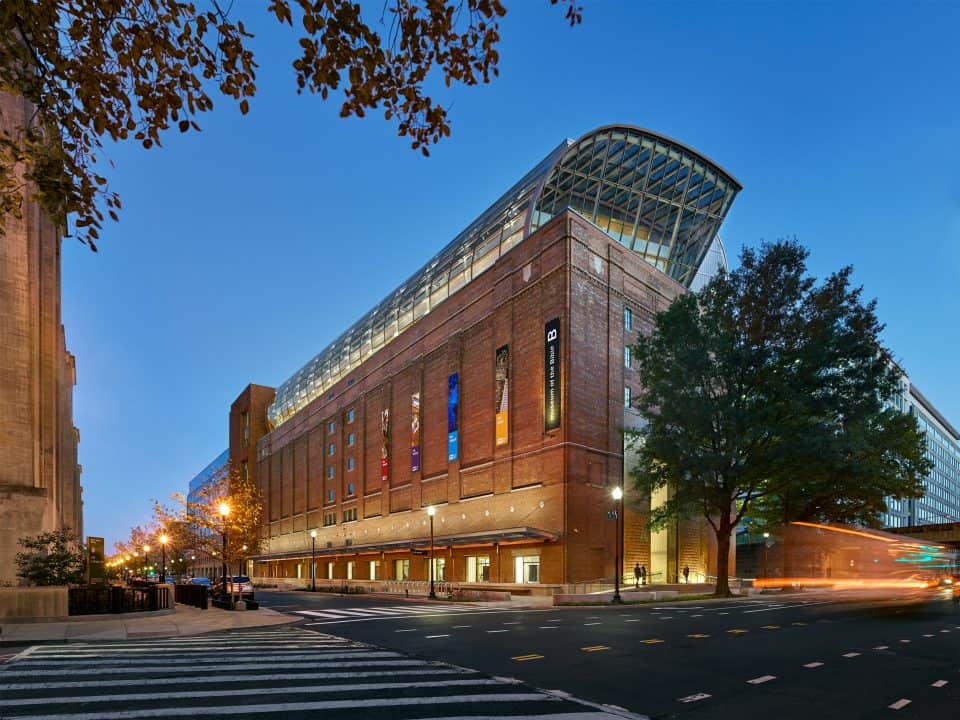