From the airport to the doctor’s office to an arena in Tokyo, unexpected encounters with Billy Graham caught quite a few people off guard over the years.

Here are 10 short stories shared by men and women who won’t soon forget meeting a household name known for his humility, humor, and love for God and people.

“I met Billy Graham at the Tokyo Crusade in 1956 when serving with the 3rd Marine Division. I climbed a flight of rear stairs going into the arena because the crowds in front were too large. Billy was at the top of the stairs by himself praying. He took me in and got me a front row seat.” —W. Terry H.

“I met Billy Graham in an orthopedic office I was working in as an x-ray tech. I had x-rayed Ruth a couple of times. One day I was told Billy was leaving the office. I grabbed my Bible, raced out the back door (scared everyone) and asked him to sign my Bible. He smiled and said, ‘I sure will!’ Philippians 1:6.” —Cheryl F.

“Billy Graham Crusade in Detroit, 1954. Bonnie won an autographed copy of Peace with God. Allen met Billy in the country store near our and the Melvins’ farms. Billy asked him if he knew Christ as Lord and Savior. He did, and good conversation followed. We were counselors at the Crusade.” —Bonnie and Allen C.

“I met Billy Graham personally in 1956 in Oklahoma City. He was walking with other men. He turned around and saw me and introduced himself: ‘I’m Billy Graham.’ I was so surprised I could not think of my name. I responded, ‘I’m Ted’s wife.’ I will never forget it.” —Marian M.

“I was Billy Frank and Ruth’s driver at the Crusade in Tacoma, Washington at the Tacoma Dome in 1983. (I was the public information officer at Pierce County Sheriff’s Department.) Up on the board outside a fast food place: ‘Bring in your Crusade ticket stub for discount.’ Billy Frank joked, ‘What’ll they give us if you drive me through?’” —Curt B.

“I was Billy’s makeup artist for the Little Rock Crusade in 1989. I shared with him that I was saved at a Billy Graham Crusade when I was 11 years old. I was struck by how unpretentious he was and how kind he was each night when we met for his makeup. A true man of God that I was blessed to meet.” —Julie M.

“I went to Montreat (Anderson) College in 1986-88 and met Billy Graham because I skipped church. I was waiting at the rear exit for a friend, and out popped Billy Graham! I felt like a fool, but he was so nice! I’ve read several of his books that changed my heart to be more Christ-like.” —Audra S.

“I met Dr. Graham during a layover at Atlanta airport. Highlight of my life. He stood when I approached and introduced myself. He was so gracious and first said, ‘Are you a Christian?’ After I told him ‘yes,’ this world-famous, renowned man asked me to sit with him while we waited.” —Sheila R.

“I met Billy G. during his Crusade in Argentina in 1962. I drove him between one city and another. When he and I said goodbye, I shall never forget his piercing eyes as he shook my hand. This man had the Holy Spirit living in him. I have never forgotten that moment. ‘He ran the race … and finished well.’” —Frank E.

Billy Graham had joy and peace that flowed from his relationship with Christ. You can have that joy and peace, too. 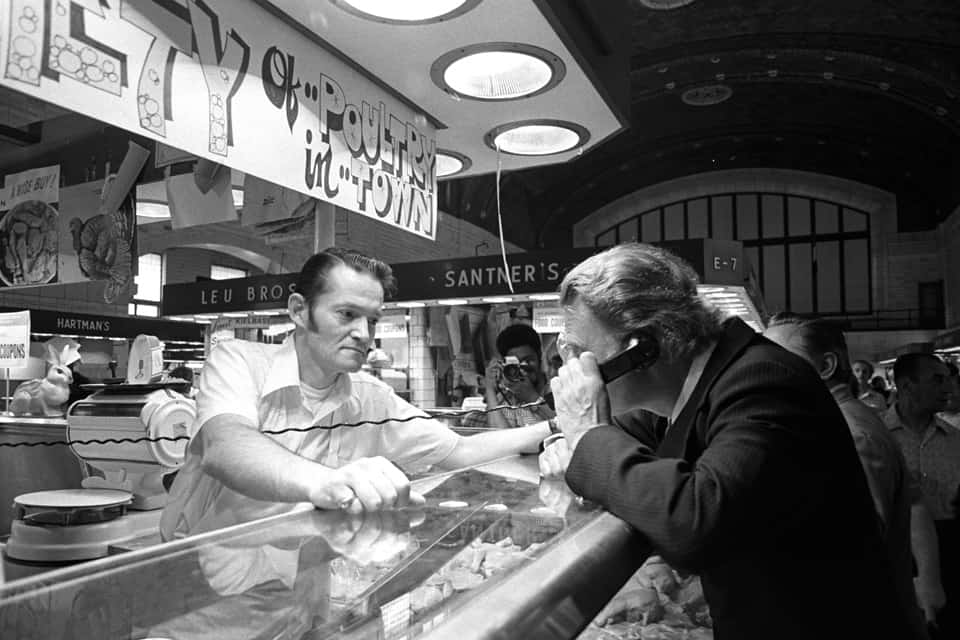