(“I believe in You, You are the God of miracles.”)

Stephanie’s voice cried out with thousands of others inside Arena Monterrey at the Festival de Esperanza, or Festival of Hope, on Sunday night before Franklin Graham shared a life-changing message.

Just to the left of the stage, Stephanie stood, shaking, with tears streaming down her cheeks. The Hispanic woman was choosing to believe God was indeed “the God of miracles.”

After all, it was a miracle she was here.

The 26-year-old English teacher had endured a rough year faced with adversity and depression.

“I wanted to kill myself,” Stephanie said, sharing she had laid down on a street hoping a car would take her life. “I was out of control.”

Although Stephanie began a relationship with Jesus at 8 years old, her life hadn’t been without struggle.

“My parents always had problems in their marriage,” Stephanie explained. “My father was a drug addict, an alcoholic, and he also—how would you say?—he punched my mom.”

Her parents physically abused her, too, before kicking her out of their home when she served as a missionary.

“I felt like a real orphan,” she said. “I understood the word of ‘loneliness’ everyone talks about.”

That didn’t defeat her, though.

“Everything works for our good, God says in His Word,” she said with confidence, lifting her chin.

And as Michael W. Smith sang “Miracles” in a beautiful blend of English and Spanish, his fingers running across piano keys, the room shifted for her.

“I just couldn’t take it anymore,” Stephanie said. “I was thanking God because I didn’t take my life.

“I thought there was no hope for me,” she said, realizing she’d forgotten God’s love for her.

But if there was one thing to remember about the night, Franklin Graham encouraged it to be just that—“God loves you.”

Preaching from Mark 8:34-38, Franklin Graham went on to talk about the precious value of the human soul to the 15,600 in attendance and more than 9,000 watching online. 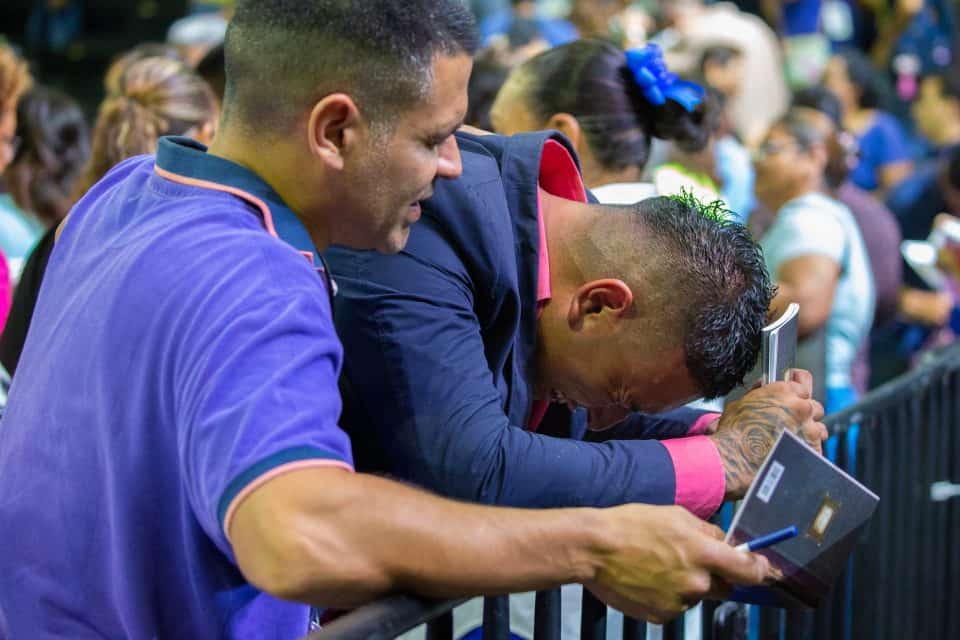 “The body is not the real you,” he said. “The real you is the soul that lives inside your body. We will never bury the real you. You are never a dying soul.”

Across the room, 60-year-old Delfina clinged to that hope.

Invited by her son, Mario, Delfina agreed to come to the Festival although she was filled with fear and doubt.

She lost her husband of 43 years to a sudden heart attack less than a week ago and was left to raise three of her grandchildren alone.

With eternity fresh on her mind, teary-eyed Delfina realized she had never asked God to forgive her sins. Responding to the altar call alongside her son, she prayed for salvation and asked for guidance and strength in this new season of life.

“The Festival seemed to come right in God’s perfect timing,” Mario said. He had walked down to the floor to make a commitment to God to step up in caring for his family since his father passed away.

Earlier in the day, though, it seemed nothing was going as planned.

The family had arrived to the venue late and the doors were already closed. Around that same time, a rainbow appeared over the arena, its ends stretching toward the mountains as a reflection of God’s faithfulness to His people.

“I started praying,” Mario explained, recognizing the importance for his family to hear God’s Word after such a difficult week.

“God is a God of miracles,” Mario said. “The doors opened, and through that, salvation came.”

Still walking through grief, pain and evolving family dynamics, he knows the days ahead won’t be easy. But just like Stephanie, Mario realizes even through tribulation and struggles, God is with him.

You never have to be alone. Start a relationship with God today. 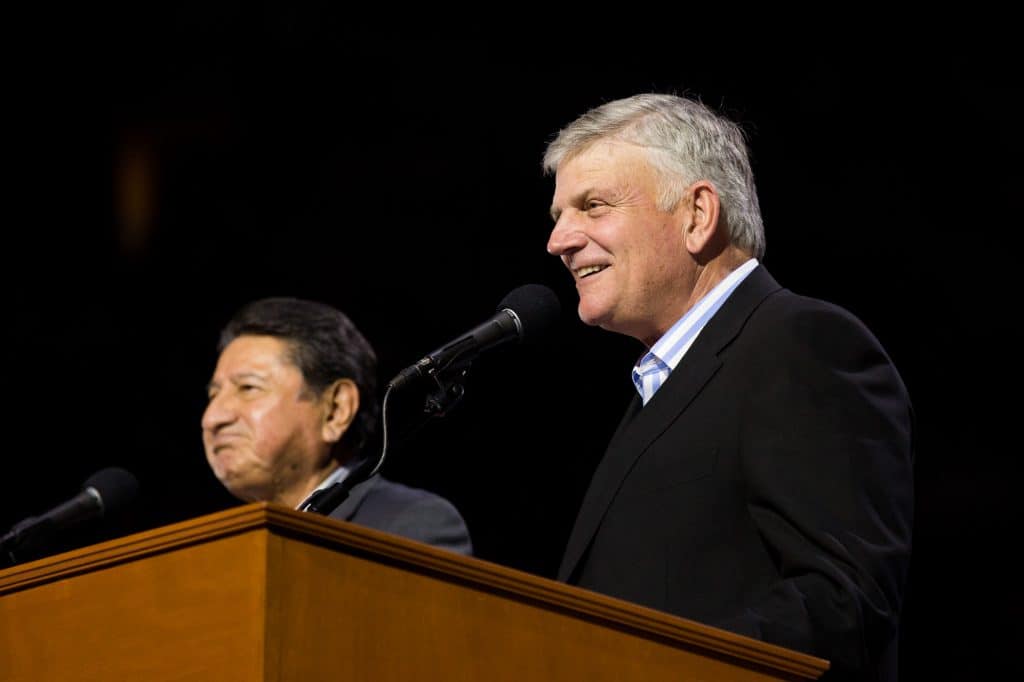