“How do you explain Billy Graham?”

As Mr. Graham’s family gathered at the place where his body was about to be buried, his longtime pastor and friend Dr. Don Wilton asked the question some may have pondered.

“How do you explain the extraordinary man that God gave this earth?”

A simple North Carolina farm boy going on to preach to some 215 million people at hundreds of Crusades in more than 185 countries and territories—it’s a record that seems to defy the odds.

And one that Billy Graham would take no credit for.

Though described through the decades as, “A giant,” “God’s ambassador,” “America’s pastor,” “One of the most influential figures in the world”—the touching interment ceremony was a reminder of tender moments he had at home with those who knew him as “Daddy,” “Daddy Bill,” “Billy,” and “Mr. Graham.”

Wilton, who visited Billy Graham weekly for many years, called it “a privilege to be able to sit with Mr. Graham and have many private conversations with him.”

“Most of us know Mr. Graham in this big world,” Wilton said. “But [we remember] those times of sitting there and talking and playing with the dog, and sharing together, and above all, hearing the heart of this precious man who didn’t just talk about the love of God—he lived it in the very fabric of his being.”

Even in recent years, Mr. Graham had a desire to preach one more message, Wilton added. “To have the opportunity to tell people about Jesus just one more time.”

The Scripture that burned in Billy Graham’s heart to preach and was posted around his home:

But God forbid that I should boast except in the cross of our Lord Jesus Christ, by whom the world has been crucified to me, and I to the world (Galatians 6:14, NKJV).

Though Mr. Graham was viewed by millions, it was never about him.

A breeze passed through the Prayer Garden at the Billy Graham Library as family gathered at the small ceremony on Friday. After a time of prayer and reflections from Wilton, each of Billy Graham’s children placed a white rose on his casket and said one last goodbye.

Gigi with a kiss from her fingertips to the casket. Anne with her head bowed, hands clasped. Ruth with a gentle touch and sweet time of reflection. Franklin with two taps on the casket, Ned with a moment of prayer.

“People say … ‘What now that Billy Graham is no longer with us?’ … Mr. Graham would look at us today and say it’s about Jesus,” Wilton explained.

“Thank you for going to stadiums around the world and sharing the love of God in Christ Jesus with people like ourselves who are so desperate to know Him.

“Thank you for inviting us to get up from our seats … to call that number … to go to church on Sunday … to hide God’s Word in our hearts.”

Billy Graham once called himself “an ordinary preacher, just communicating the Gospel in the best way I know how.”

Whether you knew him personally, across a stadium, through a speaker, or on a TV screen, God’s work through his humble servant is a reminder to us all.

“We are stewards of the Gospel. The power to proclaim the greatest news in heaven and earth was not given to the angels; it was given to redeemed men. Every Christian is to be a witness.” —Billy Graham 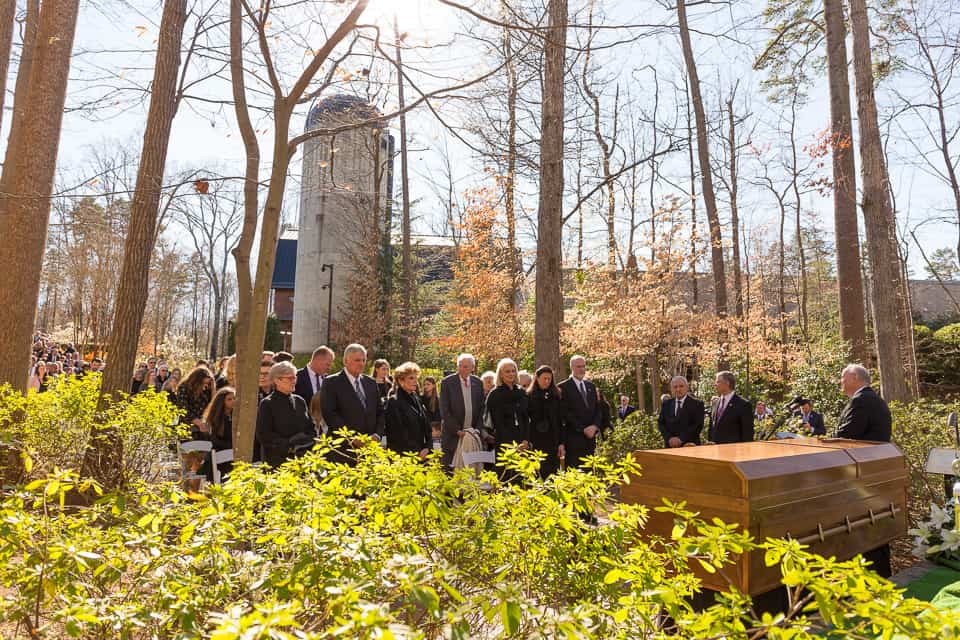 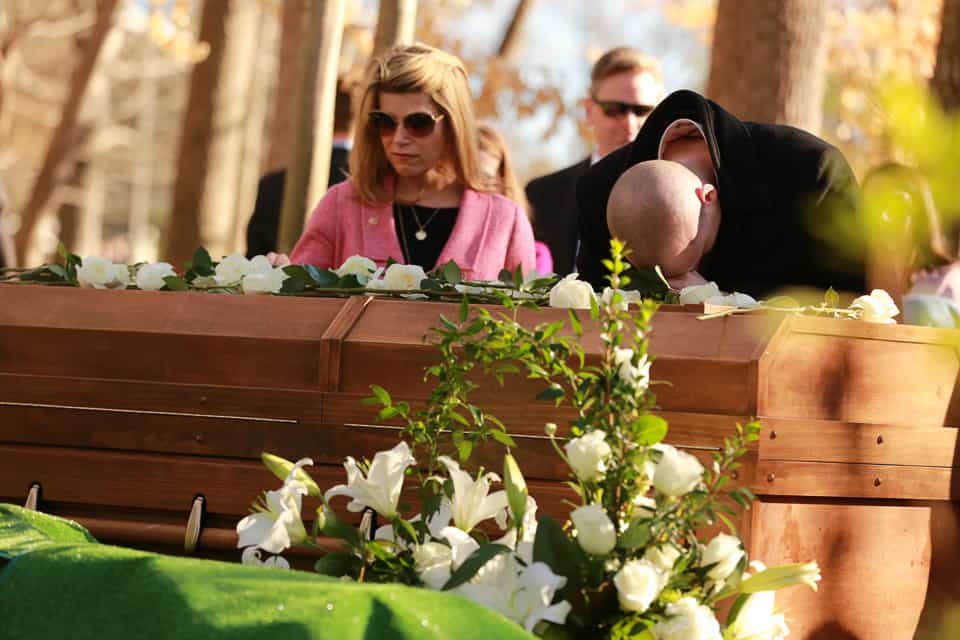