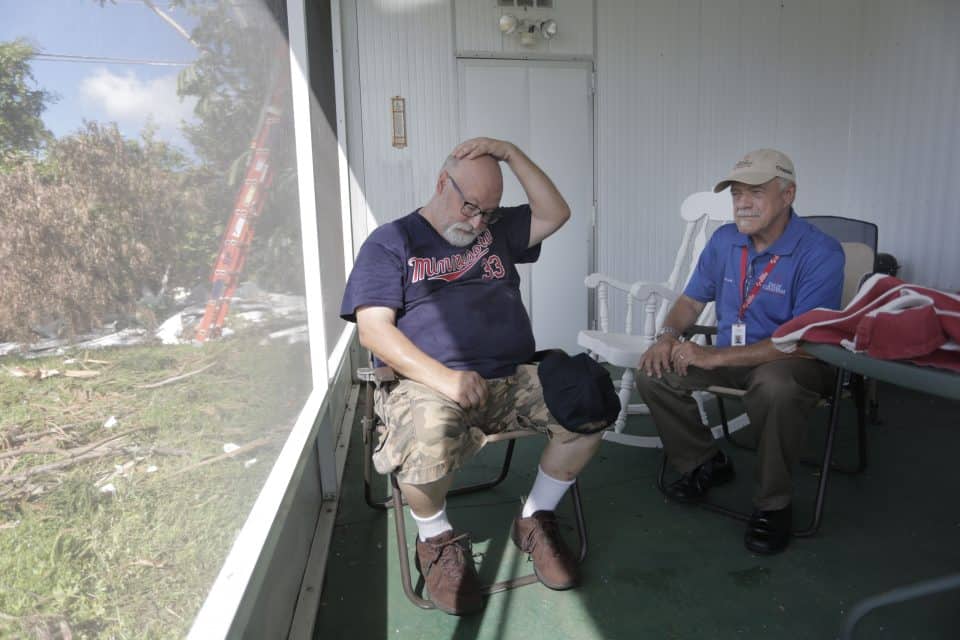 Crisis-trained chaplains from the Billy Graham Rapid Response Team are ministering to residents in southwest Florida after Hurricane Irma blew through the state September 10-11. The deadly hurricane also wreaked havoc in Georgia, South Carolina and the Caribbean. 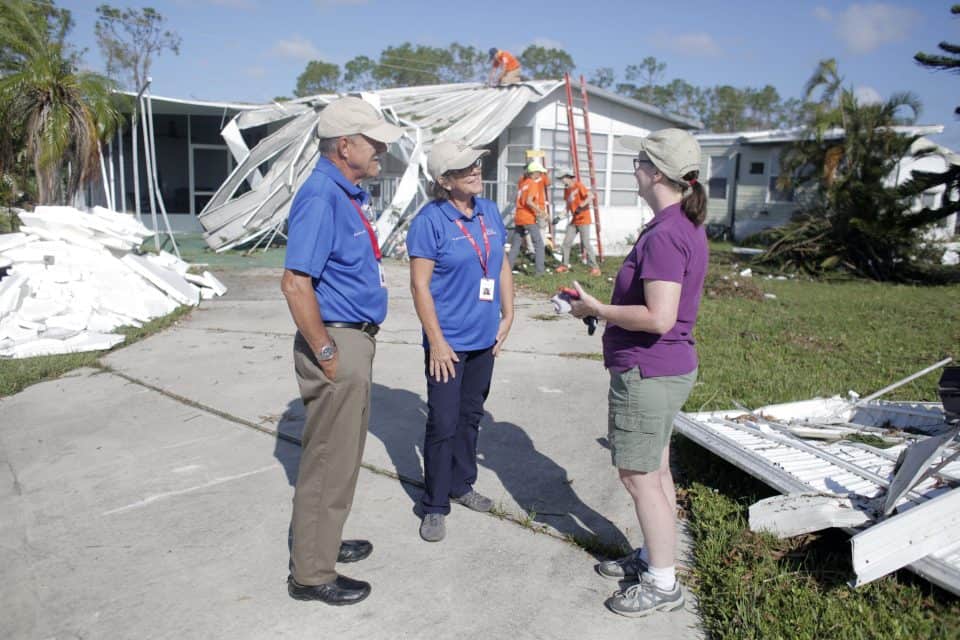 Damage to this home’s roof is visible as chaplains minister in the coastal city of Naples, Florida, a popular retirement area heavily affected by Hurricane Irma. The storm is tied as the second-strongest hurricane ever recorded in the Atlantic Ocean, according to news reports. 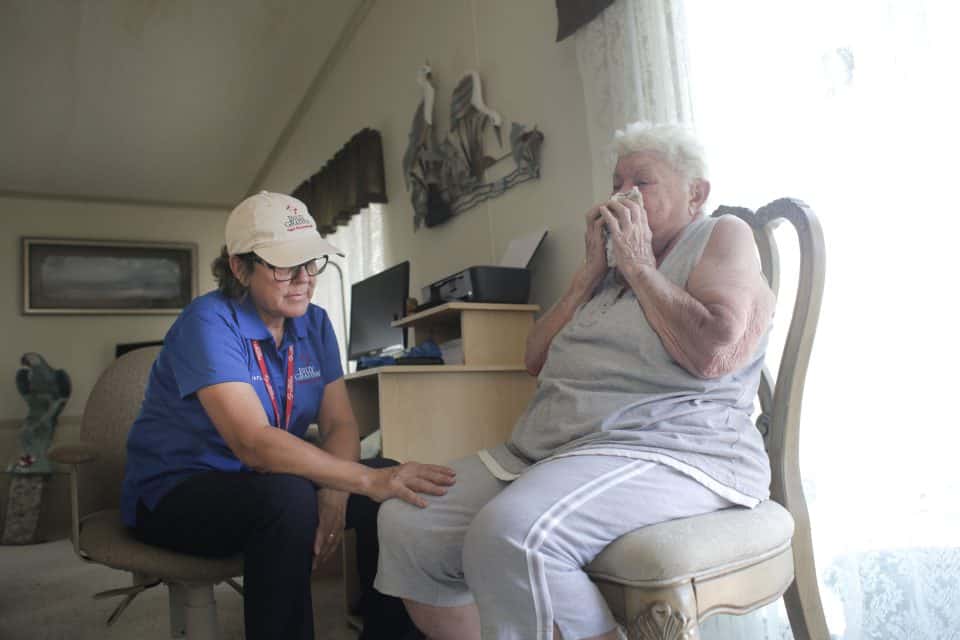 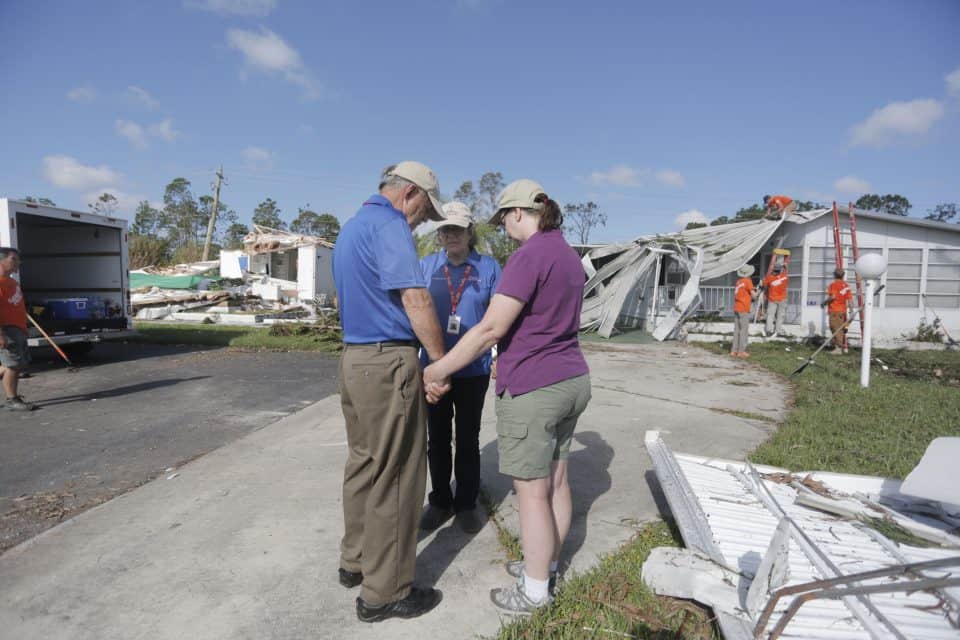 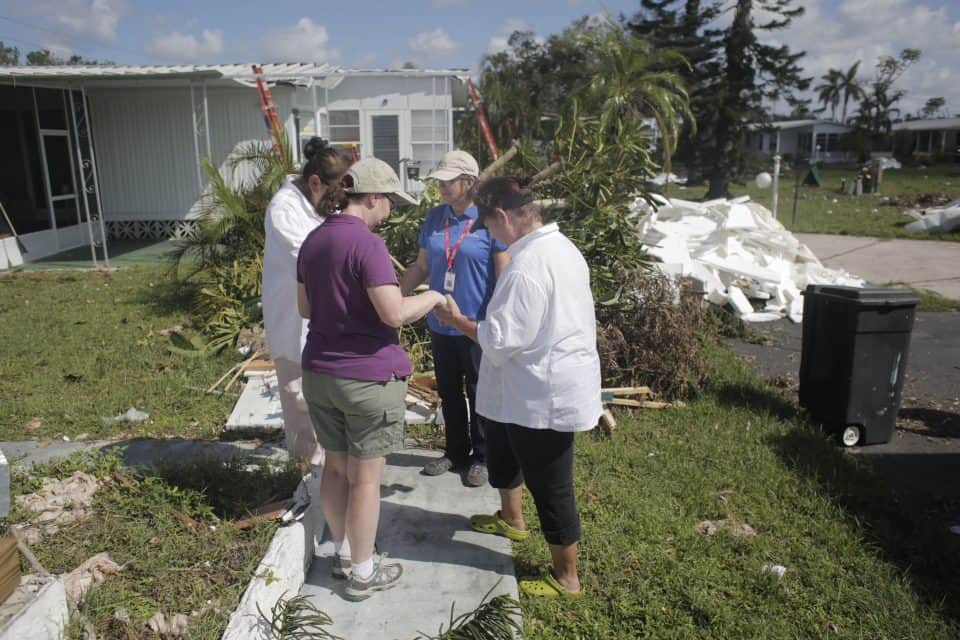 There is still flooding danger for Florida residents as a result of the storm. According to news reports, officials are going door to door in Hernando County, Florida, north of Tampa, warning residents about the rising Withlacoochee River, which is nearing major flood stage. 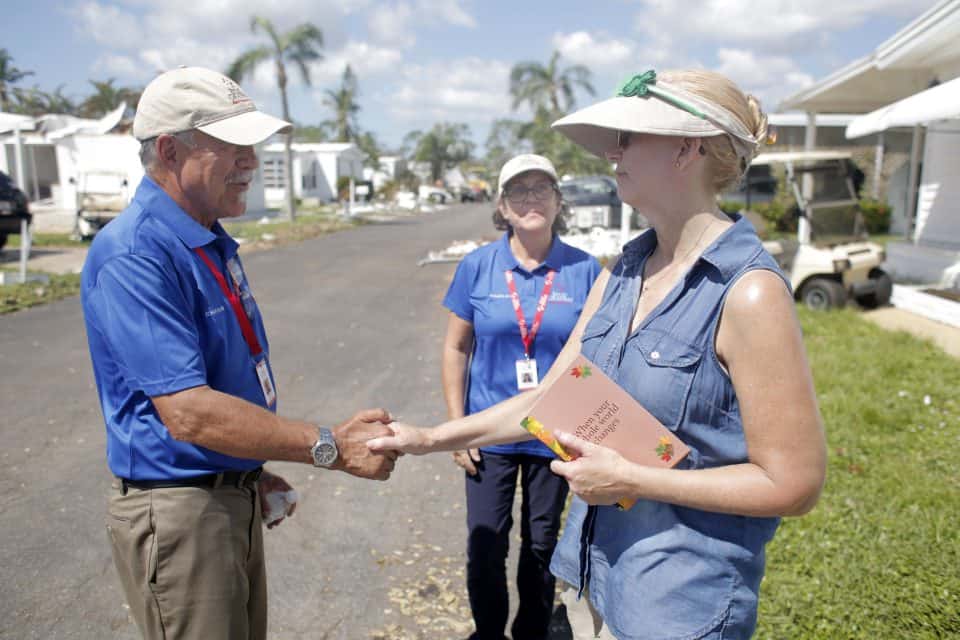 A resident holds ministry materials given to her by chaplains. 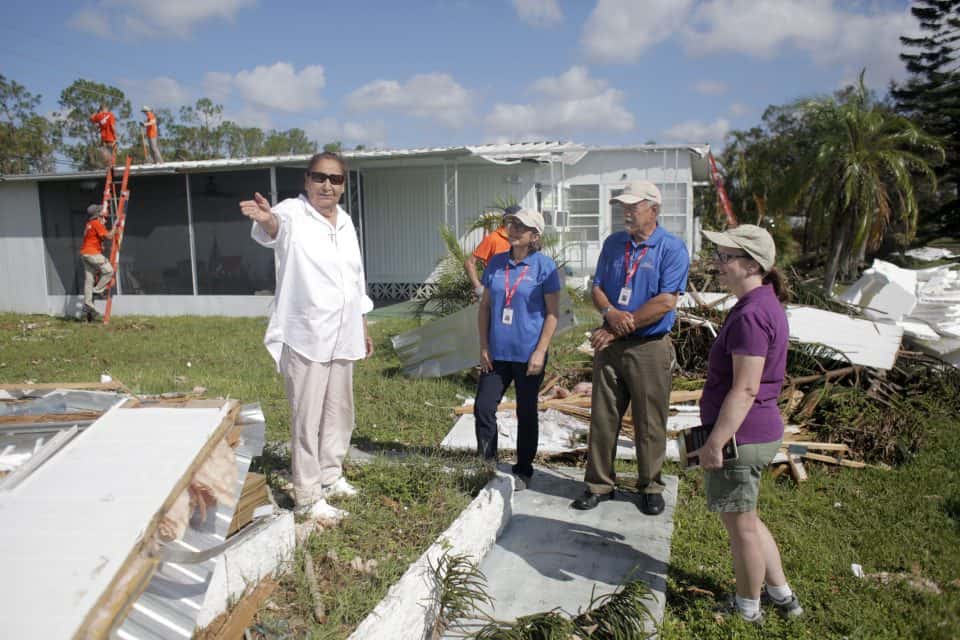 Chaplains listen as a woman in Naples gestures to damage in her community. The cost of the storm is expected to be astronomical, according to news reports. 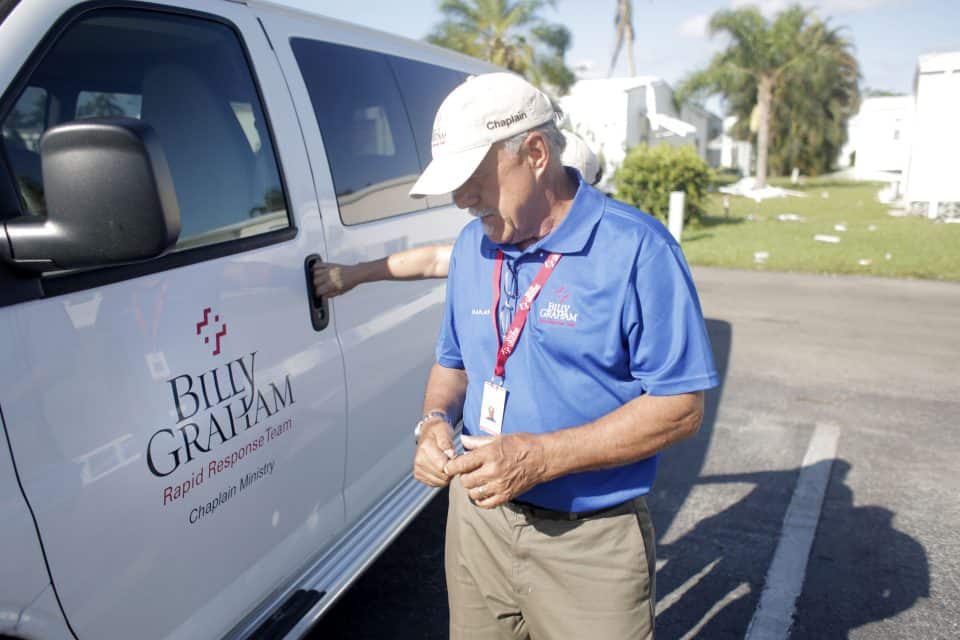 The Rapid Response Team has chaplains throughout the U.S. who volunteer their time to share the hope of Christ with those affected by natural or man-made disasters.