Watch Live This Weekend: Will Graham preaches in Johnson City, TN, this weekend with music by Aaron Shust, Crowder, Ellie Holcomb and more. It begins at 6:30 ET Friday and Saturday, and at 3:30 ET on Sunday.

Since Feb. 21, millions of people around the world have mourned the loss and celebrated the life of Billy Graham.

His grandson, Will Graham, has been right there with them.

“I knew my granddad was well loved,” he said, but added that he’d lost perspective on just how many people outside of the United States have been impacted by his grandfather’s life. He called the outpouring of support for his family “humbling” and said it’s been amazing to see so many gain faith in Christ as a result of his grandfather’s passing.

“The Lord was honoring Himself through all of this,” he said, reflecting on the past two weeks.

Will has also been looking ahead to the coming months.

On April 27-29, Johnson City, Tennessee, will host Will’s first Celebration since his grandfather’s death. He’ll preach at similar events in Australia this May, followed by Scotland in June.

Will Graham loves cold weather, and he’s looking forward to coming to Canada this fall. He will be preaching at two Celebrations of Hope, one in Rankin Inlet, Nunavut on Oct. 26-27 and one in St. John’s, Newfoundland on Nov. 2-4.

Learn more about the upcoming Celebrations with Will Graham in Canada.

Franklin Graham plans to share the Gospel in Monterrey, Mexico, the capital of the northeast state of Nuevo León. Pray for many people in this bustling city to respond to the invitation to accept Christ as their Savior.

“I think all of them will be very emotional,” said Will. As someone who’s always been identified as Billy Graham’s grandson, he said, “I’ll always be that, but he was always living. I always gave an update [at events].” 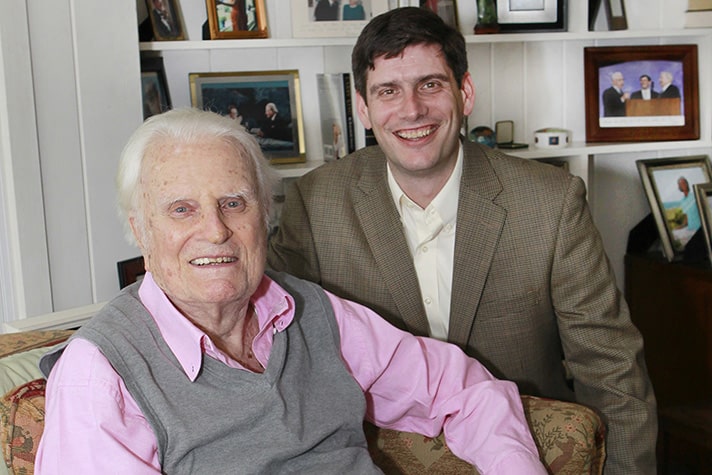 Now Will’s updates on his grandfather will be a little different: “He’s alive. He’s in heaven. I’ll see him again.”

That’s the hope he will continue communicating no matter where he is in the world—the hope of eternal life, the hope found through the Gospel of Jesus Christ.

“The Gospel transcends culture, transcends language, transcends politics,” he said. Whether he’s crossing the mountains into Tennessee, traveling to his Scottish ancestors’ homeland or flying across the world to southwest Australia, the same spiritual need exists.

“They’re still looking for the same things in life,” he said.

The cultural landscape may not be the same as in his grandfather’s day, but then again, Billy Graham did preach for over 60 years.

“You talk about changing landscapes,” Will said. Yet, no matter what was happening in the world during his grandfather’s ministry, “he just preached God’s Word. That’s the best way to do it—just open God’s Word and preach to people.”

“We need to preach as if Christ is coming back in our lifetime. It could be any minute. Are you ready?”
—Will Graham

The Bible is powerful, he continued, filled with living words that change people’s lives.

“When you get up there and preach God’s Word, God’s Word does the rest.”

In past months, Will has been in the process of sharing the Gospel a different way—on the movie screen. He heads to California in a couple of weeks to continue work on Unbroken: Path to Redemption, a sequel to the Hollywood film Unbroken about the real-life story of Olympian and prisoner of war Louis Zamperini.

After struggling with post-World War II trauma, Zamperini surrendered his life to Christ at Billy Graham’s 1949 Crusade in Los Angeles. Will is portraying his grandfather in the movie, which will be released later this year. He admits going back to the movie set will be hard following his grandfather’s death.

“I’ll be preaching his sermon. Last time I preached it, he was alive.”

While Will is the first to say he’s not trying to be the next Billy Graham, there are two things he’s taken away from pouring over his grandfather’s sermons: “the sense of urgency and the sense of boldness.”

“He didn’t hold anything back,” Will said of his world-renowned granddad. “I’ve always been bold, I think, but when you study my granddaddy, he took it to a whole new level.”

As Will strives to take his boldness up a notch, he’s also mindful that the Good News is urgent news.

“We need to preach as if Christ is coming back in our lifetime,” he said. “It could be any minute. Are you ready?”

While the founder of the Billy Graham Evangelistic Association (BGEA) has now passed on, the ministry itself isn’t slowing down, Will said.

“I’m going to see BGEA hopefully on the forefront of leading people to Christ through Crusades, internet evangelism … the Rapid Response Team,” he said, naming just a few of the organization’s key ministries.

There could be new countries opening up to the Gospel and ways of sharing it that people haven’t even thought of yet, he went on, especially in the way of technology. He said his 12-year-old son, Quinn, is “a brainiac when it comes to technology.”

“We’re just now on the tip of the iceberg of some great things taking place,” he said. “I don’t know what the future holds, but we want to be right in the middle of it, telling people about Jesus Christ.” 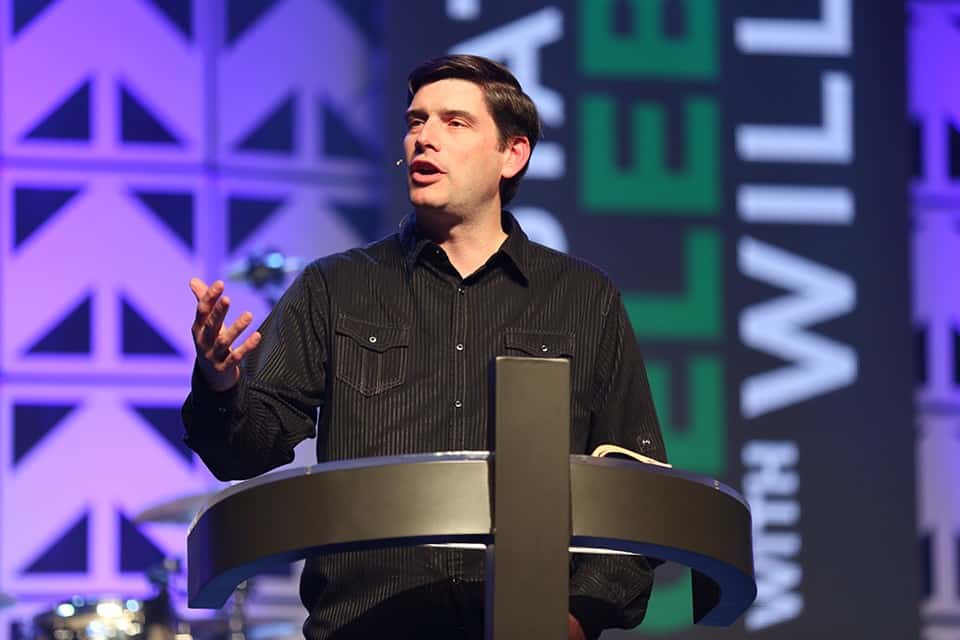